That’s what the dentist says we should do to stop the littlest one sucking her fingers and doing long-term damage to her mouth. 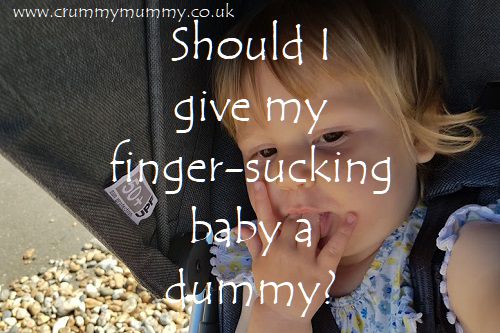 The question is, is he right?

From the moment the youngest was born on Valentine’s Day 2017 she popped the middle two fingers of her right hand into her mouth. It was a movement I recognised, because I could feel her fingers wiggling about her face when she was upside down in my tummy.

Nineteen months and 10 teeth later she’s still sucking the same fingers, so much so that I never have to cut the nails on the fingers she sucks because they don’t grow, and I’m starting to worry what the sucking might be doing to her teeth. 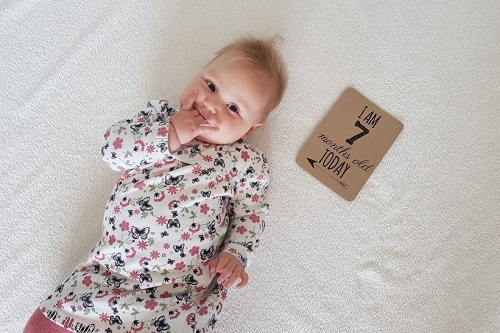 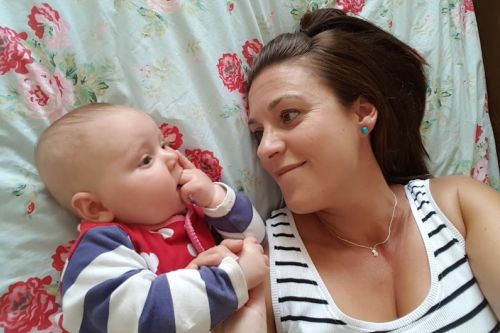 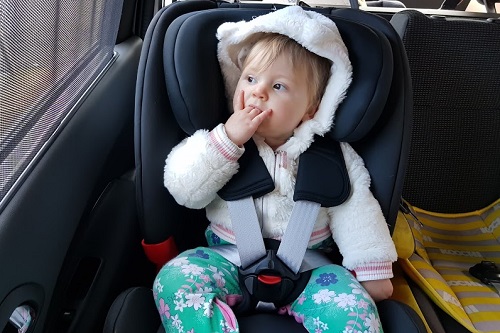 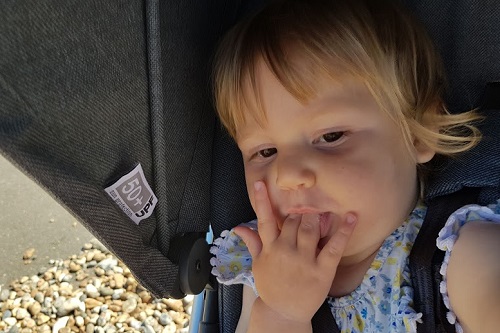 So, I mentioned it to the dentist when we took her for the first time and his advice was clear: give her a dummy to suck instead, because you can take away a dummy, but you can’t take away her fingers.

The dentist thinks by giving her a dummy she’ll forget about her fingers, whereas if we don’t give her a dummy she’ll carry on sucking her fingers long after we’d take a dummy away – when she’s five, six and even older – affecting the direction of growth of her teeth and gums and requiring treatment. 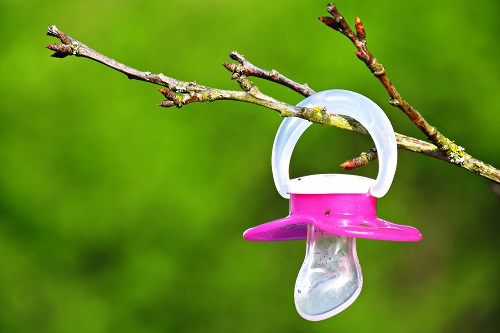 I’ll be honest, I’m not a fan of dummies. And if there’s one thing I’ve learnt since becoming a mum seven years ago it’s to trust your instincts.

The truth is I don’t really see the point of dummies – none of our three have had one – and I hate seeing a baby or toddler trying to smile or laugh or talk when they’ve got one in their mouth. I’ve also heard all sorts of horror stories from friends who have given dummies when the time comes to weaning them off them – horror stories I’d rather not be party to, thank you very much. Why create a problem for yourself? 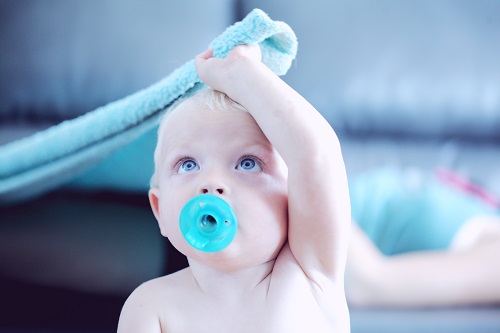 But at the same time, I don’t want our little lady doing herself any long-term damage, damage that might require more trips to the dentist and treatment and braces. And it’s not an inexperienced health professional who has recommended one either – it’s a dentist on the verge of retirement who has treated generations of our family. Which leaves me in somewhat of a dilemma.

What would you do? Do you have a thumb or finger-sucking baby? Have you used dummies? All thoughts and advice on this one gratefully received!