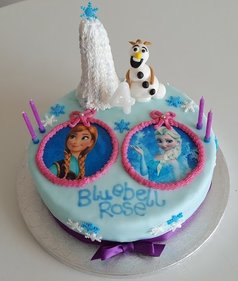 There was no question what BB’s birthday cake was going to be this year: the only option was a Frozen birthday cake. I suggested we make Anna or Elsa, thinking I could use my hemisphere cake tin for the dress, decorate it with lots of icing, and take the legs off a doll and stick it in the top, but BB was having none of it. She wanted the cake to feature Anna, Elsa and Olaf. Yikes.

I made the grave mistake of tapping ‘Frozen cakes’ into google images in BB’s presence, where we were met with huge array of creations wildly beyond my self-taught capabilities.

So I did what I always do: take inspiration from the amazing creations on google, pick out elements that I can create, and come up with my own version (pictured).

I always keep it simple: I buy ready-to-roll fondant, blocks of ready coloured icing and tubes of ready-to-pipe icing. Here’s what I did:

1. I made BB’s favourite chocolate sponge and filled it with (shop bought) chocolate icing. 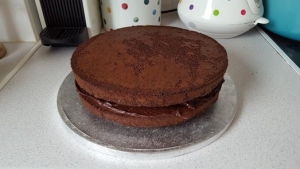 2. I covered the cake in ice blue fondant icing (I did actually dye this myself with blue food gel). 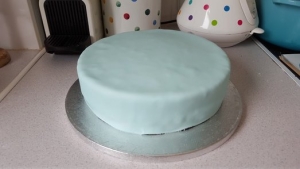 3. There was no way I was going to attempt making either Anna or Elsa out of fondant icing, so I bought two icing sheets from eBay and stuck them on the cake (all the characters are available). 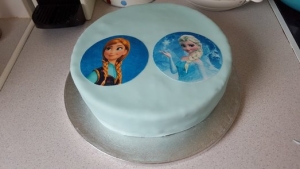 4. I then piped round each picture to make it look like a picture frame. 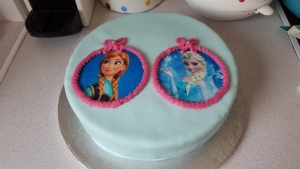 5. I then turned a wafer ice cream cone upside down and covered it in white piping icing to mimic a tree. 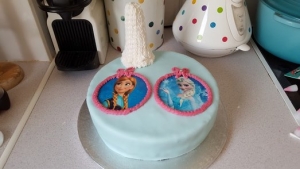 Unlike Anna and Elsa, Olaf is structurally quite simple and probably the easiest Frozen character to make out of fondant icing. Here’s my step-by-step guide:

1. I rolled two balls of white fondant icing for his feet and two for his body, and threaded them onto a cocktail stick. 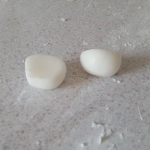 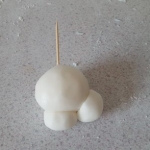 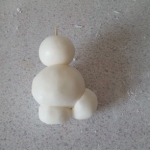 2. I then shaped his head using a picture from the internet as a guide, and used black fondant to create his mouth before adding the eyes and eyebrows. 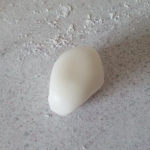 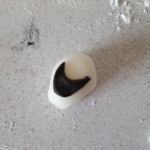 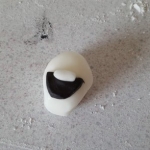 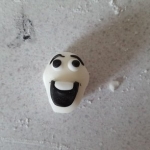 3. I added the nose – this was yellow because my pack didn’t have orange – and added buttons to his body. 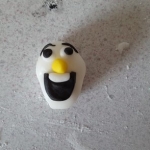 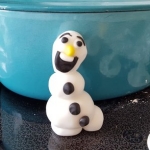 4. I used brown fondant to make the hair and arms – et voila! 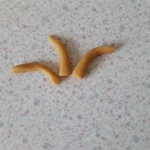 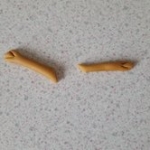 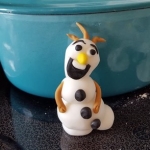 With Olaf placed securely on the top of the cake with the cocktail stick I added blue and white snowflakes I found on eBay, a glittery candle from Tesco and piped BB’s name onto the front of the cake. 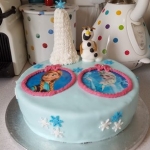 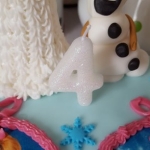 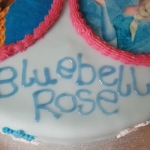 I finished off by dusting the tree with some edible blue glitter dust – again from Tesco – and wrapping the base with a purple ribbon, BB’s favourite colour. 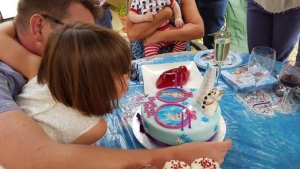 Thankfully she loved it, despite her grand ideas beforehand!

I hope this post helps if you’ve also been charged with the task of producing a Frozen birthday cake…good luck!