How do you pick the perfect baby name? 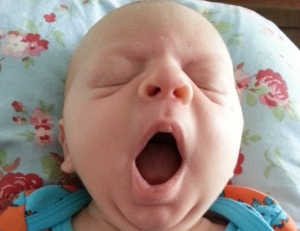 We’ve come to the end of BB’s first half term at school and never in all of her four years have I been asked about her name so much. ‘Where does it come from?’ ‘How did you get the idea for that?’ and ‘Is that actually her real name?’

For those of you who don’t know, she’s called Bluebell. When people first hear this responses tend to range from the enthusiastic ‘what a lovely name!’ to polite silence to clear disapproval. Often, when strangers ask BB her name and she tells them, they turn to me for confirmation with a look on their face that says ‘did she just say Bluebell?’

When Misery Guts told his granny – in a voice I’ve only ever heard him use when speaking to his grandparents – she simply said ‘oh’ in the most disapproving tone you can imagine (think Hyacinth Bucket).

But I didn’t care. With a ‘boring’ surname like Brown (that’s right, BB’s blog name is very imaginatively her initials) we thought her first name should be something a bit different. I think Bluebell Brown has a ring to it, and sounds like someone you’d like to be friends with. I can’t imagine her being called anything else.

So how do you pick the perfect baby name? While some people don’t like our choice, others have said they wished they were brave enough to go with the name they really liked but ‘daren’t’.

I thought about both BB’s and Little B’s long and hard (he’s Maximilian, so not so left field), and here’s what I did:

1. I bought a baby name dictionary and read it from start to finish. It took a while and several months (let’s face it, time is on your side) and I figured I might come across something I hadn’t thought of.

2. I wrote down all the names, and combination of names, I liked in a notebook and looked at them every now and again. Some grew on me (Misery Guts declared our daughter would be called Bluebell before we even knew whether she would be a girl. At first I thought it was ridiculous, but it was the one name I kept going back to) while I went off others. It also gave me the chance to see how they looked on paper.

3. I considered how the names might be shortened by other people. You can’t control how friends and family might shorten a name in the future, so avoid anything you wouldn’t be happy with.

4. If you and your other half can’t agree on a name don’t stress about it too much. In the first 10 minutes after the birth you can call the baby anything you want.

5. Have courage in your convictions! It doesn’t matter what anyone else thinks.