How do you get a child dry at night? 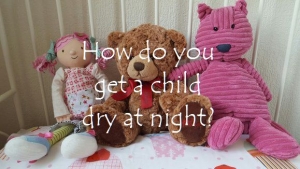 I realise this is something many parents probably dream of (I’ve got friends who’ve had theirs literally kicking and screaming behind stairgates for hours before eventually collapsing, exhausted, to sleep at the foot of it, another one whose child scales it and another whose simply kicks it down) but when it comes to being dry at night it’s an issue. She just won’t get out of bed if she needs the loo.

As a result she’s not yet dry at night. If we got up every few hours during the night to lift her she would be, but that’s not practical in the long term. We’ve tried everything: limiting liquid after 6pm and then lifting her before we go to bed, but by the morning she’s still wet. We’ve tried putting a potty in her bedroom, but she won’t go in it because she says ‘wees are for the bathroom’. And I can’t really argue with that. We’ve even suggested calling out to us if she needs wee, but she just sleeps too deeply.

When does the so-called ‘dry at night’ hormone kick in? There doesn’t seem to be much of a consensus on good old google, and given that I know grown-ups who wet the bed (granted it’s when they’ve had one too many) I’m not holding my breath. How do you get a child dry at night?

My latest trick is a light wand. It’s basically a torch with LED lights in that sits in a holder next to the bed and can be lifted out and taken to light the way to the bathroom at night. 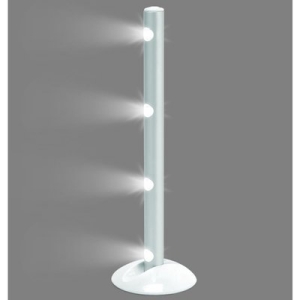 It was sent to us to try out by The Good Life Guide and although it’s not specifically designed for toilet training – I’ve used it to track down lost Minions under the sofa, put on makeup and it would be great for camping or the boot of the car – it’s another weapon in my armour.

There’s a simple on-off switch at the top, four lights down the side, and a magnetic button that attaches it to the base either vertically or horizontally. It’s battery operated so there are no trailing leads to worry about, and it also makes a great reading light. 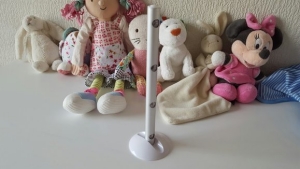 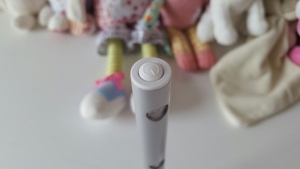 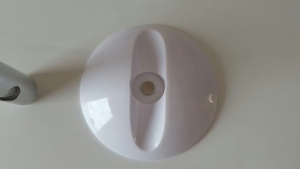 I’ve told BB Anna and Elsa have one, and she’s totally bought into it. The only thing is, when I go in to check on her, she’s fast asleep with the wand in her hand. She looks so peaceful it seems mean to wake her. So pull-ups it is, for now…

How old was your child when they were dry at night?