There’s been a big change in our house this year.

Something that’s affected our whole family, but which I haven’t mentioned here on the blog yet, mainly because I didn’t really know what to make of it myself. 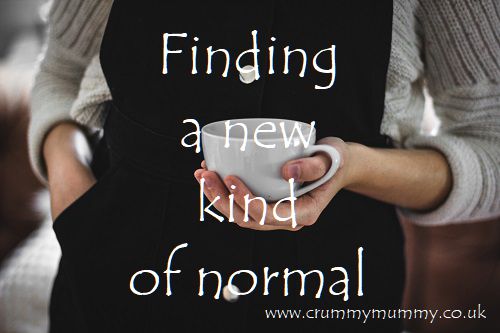 At the end of last year Misery Guts quit his job as a magazine editor, waving goodbye to a daily commute, working 40 plus hours in an office and being out of the house for most of the working week, in favour of going freelance, like me.

Day one as full time freelancer/blogger: the new office is going to take some getting used to…

The decision was (and is) a big thing for us: both of us being self-employed means we now have no set income to rely on coming in on the same day each month, none of the benefits or security associated with being employed and no paid holiday, either. To be honest it was all a bit frightening.

Would we be able to earn enough money to pay all the bills and put food on the table? What happens if the work dries up? What happens when people don’t pay on time and we don’t have one regular income to fall back on anymore? What was it going to be like both being at home together 24/7? Would we want to strangle each other?

Nine months on I’m pleased to report so far, so good. We’ve earnt enough money to pay all the bills and put food on the table, instead of work drying up we’ve actually had to turn down work, and although some people haven’t paid on time it’s been ok. Being at home together 24/7 has been surprisingly ok too. I’ve only wanted to strangle him once. Possibly twice.

The biggest change, though, has been to family life. Without a daily commute and an office job taking him out of the house all day every day Misery Guts is there for the kids in a way he simply couldn’t be before. 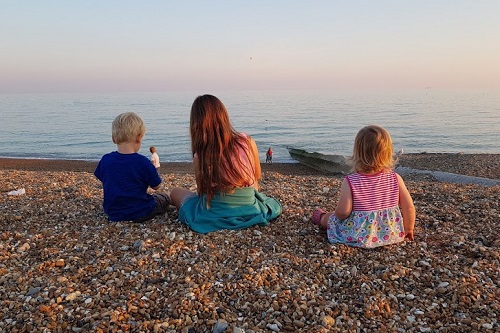 He’s there for the school and nursery runs, he’s there for the ferrying to and from swimming and gymnastics and Brownies, he’s there when the oldest needs help with her homework and he’s there to see the littlest’s latest ‘first’, like jumping with both her feet off the ground (and mightily pleased with herself she is too). He’s now been working from home for half of her life, and he’s been part of her babyhood in a way he just couldn’t be with our other two. 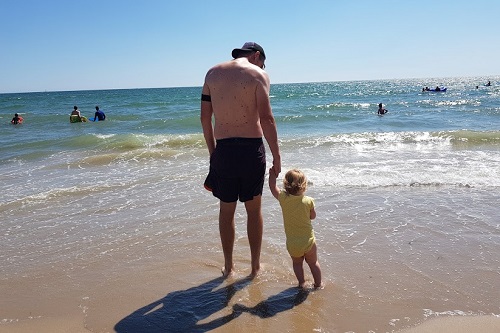 If we get home and Misery Guts isn’t at home for some reason the kids immediately ask ‘where’s Daddy?’, a question it wouldn’t have occurred to them to ask this time a year ago.

Him going freelance has also made a huge change to my life, too. He spent the first few weeks in his new role, juggling work with the kids (which let’s face it, is a full-time job in itself), muttering ‘I don’t know how you do it’, and looking back I don’t know how I did it, either.

This time last year I was single-handedly doing the school and nursery runs, the ferrying to and from after school clubs, the helping with homework and looking after the baby all while editing a parenting magazine, writing magazine features and running my blog.

He now understands why I used to envy him even his commute – 45 minutes alone in the car! – and being able to focus on just one thing all day – his job – instead of doing 10 things at once. And why, at the end of the day, there was a huge difference between him leaving the office on time or half an hour later.

So, while my life has got easier and his life has got harder, I think even he’ll agree it’s a more rewarding sort of harder. I often find him lying on the living room carpet tickling the littlest one when in his old life he might have taken a trip to the water dispenser by way of distraction, or finding the missing and integral piece of train track to complete the railway.

We’ve spent the year quietly finding a new kind of normal, and so far, it’s a better normal.

Have there been any big life changes in your house this year? Perhaps you’re considering one? I’d love to know what it is!