I don’t mean the first day of a new school year, I mean their first ever day of school. 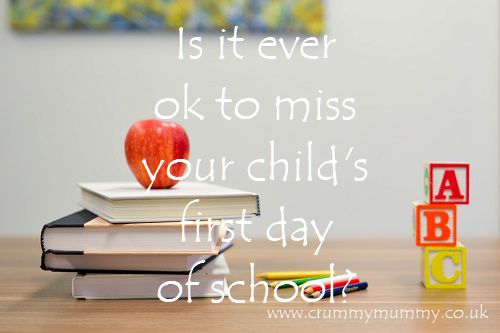 I ask after Katie Price was vilified by the media for missing four-year-old daughter Bunny’s first day of school. As her ex Kieran Hayler shared the obligatory first day of school snap of their daughter on Instagram, she was reportedly more than 1,000 miles away on holiday with a new boyfriend in Majorca.

Back to school!!!! So proud of my 2 gorgeous children, both brave and looking forward to their school year. Bunny’s first day and so proud of jett being there to support her as she went into her classroom. Not going to lie I was close to tears as I am sure many parents will be as they send their little one in for the first day of school. ❤️

When BB started school in September 2015 wild horses wouldn’t have kept me away from the school gates: it was a huge milestone in all our lives and both Misery Guts and I were there to drop her off and pick her up.

First day of reception vs first day of juniors – & she’s as excited now as she was then. The question is how long can I stick to my back to school new year resolutions? Like not drying the cuffs of her cardy with my hair dryer on a Monday morning because I forgot to wash it until Sunday night, & getting rid of Velcro fluff before it becomes a health & safety hazard? The rest of my resolutions are over on the blog – link in bio! #backtoschool #firstdayofschool #mums #mumlife #mumproblems #motherhood #honestmotherhood #motherhoodhunplugged #capturingmotherhood #capturingtheday #oureverydaymoments #documentyourdays #snaphappybritmums @britmums

To be fair her first day at school only lasted two hours owing to a ‘staggered start’ – hardly worth flying back from Majorca for – but even so, I wouldn’t have missed it for the world. I also found the whole experience rather emotional – the silence at home when BB was gone was deafening, and I’m sure I suffered from some sort of empty nest syndrome for weeks afterwards. It’s quite possible Katie Price set out to avoid all that by simply removing herself from the situation.

Of course, Katie has always been one to court controversy, but is it fair to criticise her for missing her daughter’s first day of school when the little girl in question had a loving father there instead? I’m pretty sure an absent dad wouldn’t come under such fire. I asked some fellow parenting bloggers for their thoughts and their verdicts fall into two very different camps.

Is it ever ok to miss your child’s first day at school?

“I think it’s a huge time in their lives; my little one had her first day of school today and there’s nowhere in the world I’d rather have been than right by her side watching her go in and being there to support her,” says Maria at Happy Mummy. “Both me and my husband dropped her off together to show her how loved she is and special she is.”

“I would never miss a milestone like this,” says Laura at Five Little Doves. “I waited a long time to have my children and I would never pass up the opportunity to be there for those special moments. I get that in some cases there are reasons why parents can’t be there, but holidaying with their latest boyfriend isn’t one of them!”

“My ex-partner, who is fully involved still with the upbringing of our son, missed his first day of school,” says Nikki at Glam & Geeky Mum. “He was relocating temporarily about a four hour drive away a week after our son was due to start school, but decided he wanted to go up early and have a bit of a ‘holiday’ first. It sent a strong message to me about his priorities – he couldn’t even have waited and had a six-day holiday instead of a seven-day one. It’s had an impact on how I view him and how I gauge his emotional investment in our son. But it’s had zero effect on our son thankfully, although this is partly due to his global development delay and just not understanding. I spoke to him and explained how disappointed I was and the message it sent to his son. I still don’t feel that he regretted his decision though!” 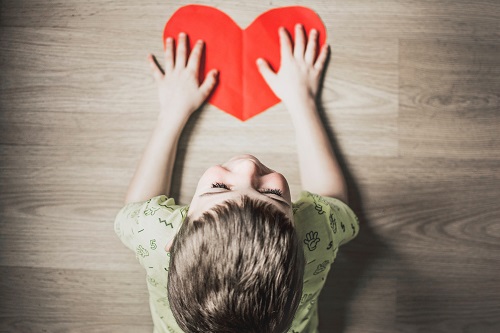 “I could never miss a milestone like that,” says Laura at Mummy Lauretta. “Me and my partner both booked time off work to make sure we could take and pick up our boys on their first day of school. It was so important to us that we were both there for them on such a big day.”

“I’ve never missed anything – plays, parents’ evenings, sports days, you name it I’ve been there,” says Amy at Amy Treasure. “Even when I worked full time I made sure I booked those days off in advance. I could understand if it was due to a work or very personal commitment that you just can’t get out of, but not a holiday.”

“I missed my daughter’s first day of school because I used to work for a company who just didn’t give a damn about your personal life,” says Louise at With Love From Lou. “I was heartbroken. I wouldn’t ever miss something like that for a holiday though. That’s just mean!”

“Missing your child’s first day at school is an ultimate fail,” says Tom at Ideas4Dads. “I have never missed any of my girls’ first days and would consider myself a failure if I had done so.”

“It’s not always possible for both parents to be there and does the teacher really need 60 adults in the room whilst trying to settle the children into their new classroom?” says Mandi at Big Family Organised Chaos. “On Monday Viggo will be starting reception but it will only be one of us who takes him. However, in the case of Katie Price it is sheer selfishness, and nobody should be surprised that she puts herself first over her children!”

“I never missed one, but every teacher does so it’s not that much of a big deal,” says Sally at Teddy Bears and Cardigans.

“I was glad that I could take the little one to school for her first day, but there are other scenarios where she knows sometimes mummy can’t be there because I’m helping people (I work in the ambulance service),” says Maddy at The Speed Bump. “I’ve missed sports days and parents’ evenings and more bedtime stories than I can count because of 12-hour shifts, but sometimes it can’t be helped, even if you try and book time off work.” 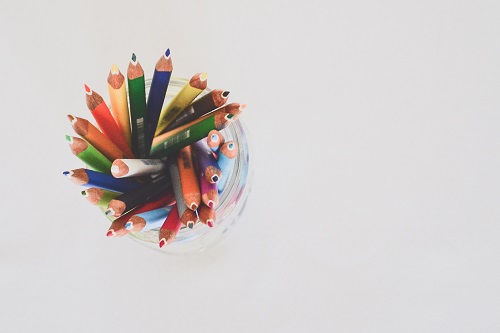 “I think the reporting on the story has been incredibly sexist,” says Caroline at Sprog on the Tyne. “I wouldn’t want to miss it, but I bet lots of men do as they are at work and no one thinks twice about it. My husband went away on Monday for two days on a sports trip and missed my little boy’s first day in reception. It didn’t even cross my mind that it was a big deal until I read the Katie Price coverage.”

“One thing I’ve learnt as a parent is never say never,” says Lisa at Bare Mother. “My eldest is 3.5 and I hope I can be there for his first day. Either my husband or I will be, but as working parents we have other responsibilities too. I think it’s irresponsible reporting to vilify a mother for doing something that a father might do without mention. We don’t know the situation behind the Katie Price story. What if she agreed with her ex-partner that attending would bring too much media attention on her kids? What if her ex-partner wanted very much to be there, and thought having both attend would be disruptive? What if she went on holiday to practice self-care and distract herself from the heartache of children reaching school age?”

“I think it’s important we don’t judge, every child and parent are different, as are their circumstances,” says Nyomi at Nomipalony. “Usually it’s just one parent takes them anyway and dads aren’t getting loads of grief for missing them. Another way women are told they aren’t good enough mothers for being literally everything at all times. To each their own.”

“I think it’s important a parent is there, but this just feels like another way to judge mums who ‘should’ be doing these things,” says Emma at Free From Farmhouse. “I was there for my son’s first day of school as I personally thought it was important for both of us, but I missed his first day in year one due to work.”

What do you think? Is it ever ok to miss your child’s first day of school? I’d love to hear your point of view!

My back to school new year resolutions

Getting back to school ready with Smiggle®