Does having an epidural make me a failure? According to the so-called ‘cult of natural childbirth’ it does.

I ask after the subject of epidurals hit the headlines following claims women are being denied pain relief during childbirth by the NHS, with Health Secretary Matt Hancock promising to look into it. 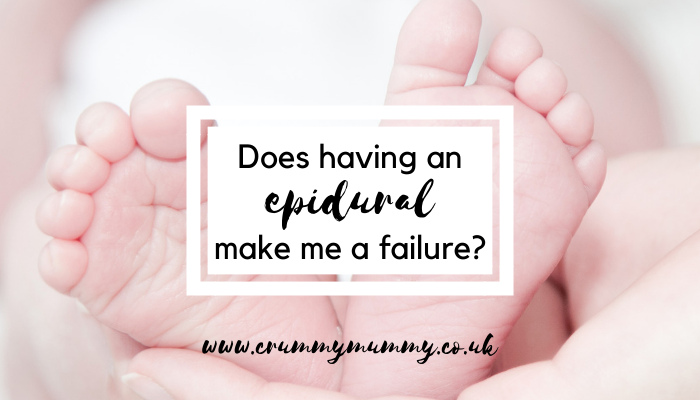 What I didn’t realise until this story broke is that a delivery that is in every way ‘normal’ except for the small matter of having an epidural isn’t technically classed as natural.

I didn’t know that a ‘natural birth’ is defined as one without any kind of medication at all – and that having an epidural means I didn’t actually give birth au naturel, putting me in the ‘medically assisted’ category instead.

When the oldest was born as well as the rollercoaster of emotions thanks to her safe arrival I was also left with an overwhelming sense of failure: at two weeks overdue and having tried everything to get things going I was eventually induced, a process which was a far cry from anything NCT classes had prepared me for.

When, at two o’clock in the morning, I finally begged for an epidural I felt like I was ‘caving in’. Why hadn’t my body done what it was supposed to do and go into labour naturally? Other people could do it without pain relief, why couldn’t I?

It was only when I had a ‘natural birth’ with baby number two – and later baby number three – that I realised there is nothing natural about being induced and I hadn’t failed at all. 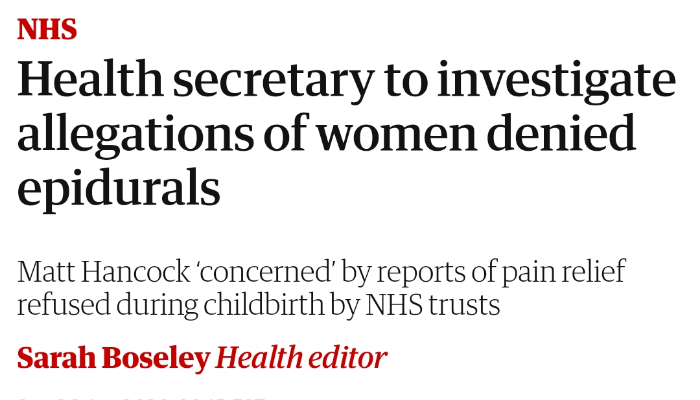 The pain I experienced as a result of being induced was so far removed from the pain I experienced – and breathed through without any drugs at all – with my second and third born that it’s impossible to put into words. It was like a switch being flicked from zero to 10 in the pain stakes in a matter of seconds, and I simply couldn’t have done it without the help of an epidural.

If that means I failed in the eyes of the natural childbirth movement then so be it: but it was the only way and I’d do it again if the pain ever gets that much with baby number four in a few months’ time.

Having experienced both types of birth – one ‘unnatural’ with an epidural and two ‘natural’ with nothing at all – I really don’t think we should be so quick to judge. It’s impossible to measure another person’s pain and I don’t think having an epidural makes for an unnatural birth – and it doesn’t make you a failure, either. 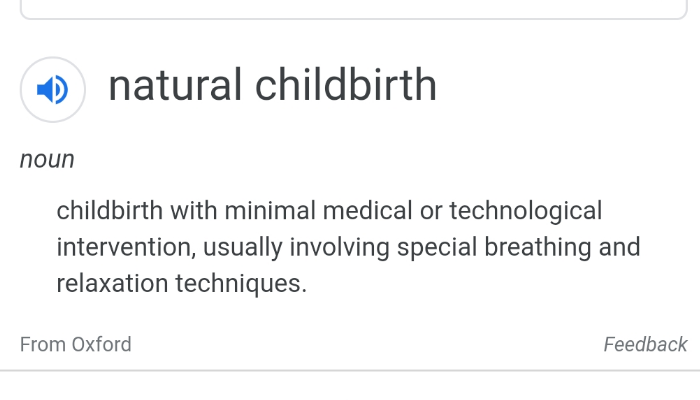 What do you think? Have you ever had an epidural or supported someone who has? I’d love to hear your point of view!