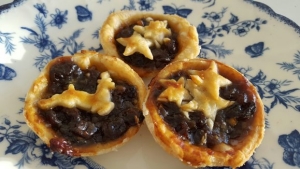 There’s nothing like making your own mince pies to get you into the Christmas spirit. The mincemeat bubbles over the side of the pastry and slightly burns into sticky deliciousness you just don’t get with shop bought ones.

With this in mind I suggested to BB that we make some after school, but she looked at me as though I was slightly mad and said: “Why do we need to make them when we can just buy them?”

That is exactly why we should be making our own mince pies. With so many things coming ready-made, and in a throwaway society where when something breaks or gets a hole we just bin it instead of fixing it, at four years old BB already thinks it’s easier just to buy something.

It was only when I got to the supermarket I conceded she had a point: making your own mince pies is actually quite a faff when you take into account the pastry and mincemeat making that needs to happen first. (I’m a big fan of easy peasy recipes). But I couldn’t back down and buy ready-made ones, even if they were only £1 a box.

So I did what anyone determined to prove a point would do: I improvised and came home with ready-to-roll pastry and a jar of mincemeat. (I know, I know – feel free to call me a hypocrite!)

This means you get the best of both worlds – easy peasy mince pies that are actually homemade. Or home assembled, anyway.

It couldn’t be easier, and this is what we did:

Roll the pastry on a floured surface until it’s about 5mm thick and use a cutter or the top of a glass to cut out the bases for the pies. 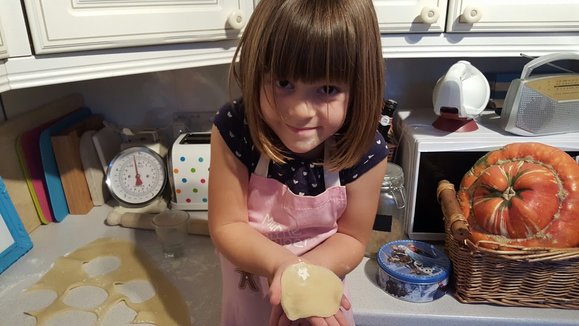 Put the bases into a greased muffin tin and fill with a dessert spoonful of the mincemeat. 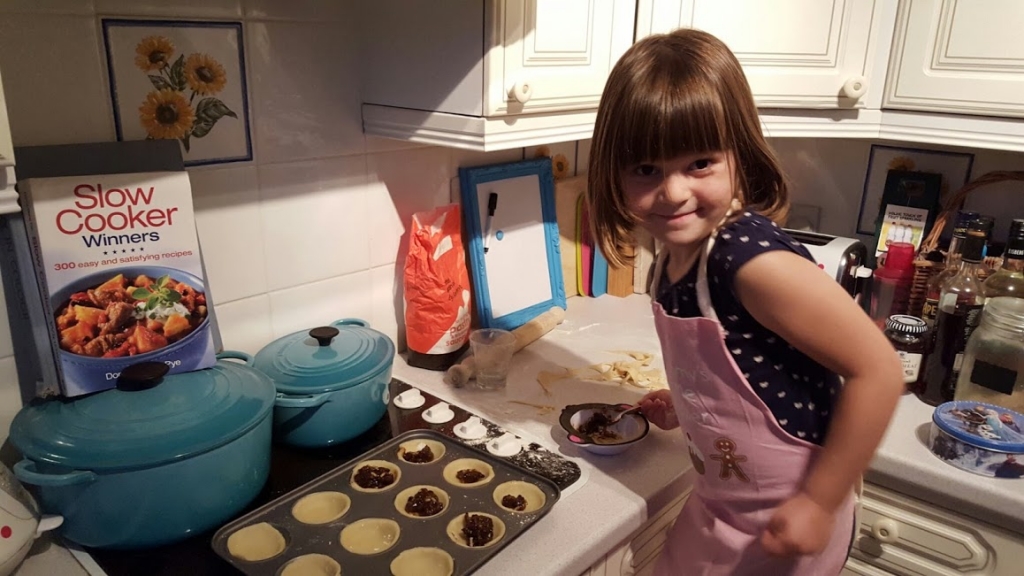 Use shaped cutters to cut out tops for the pies from the remaining pastry. We used a star cutter and a reindeer cutter, but any shape will do. If you don’t have a shaped cutter you could use a knife to create the shape of your choice, or simply use a cup or cutter for round tops just like the bases. 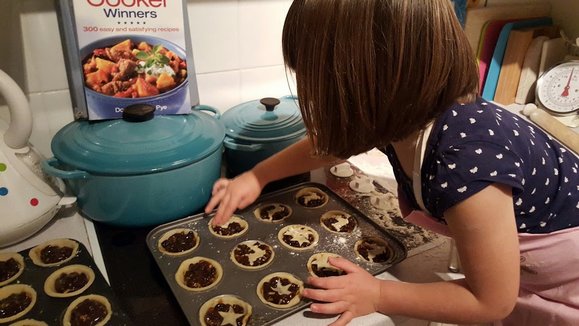 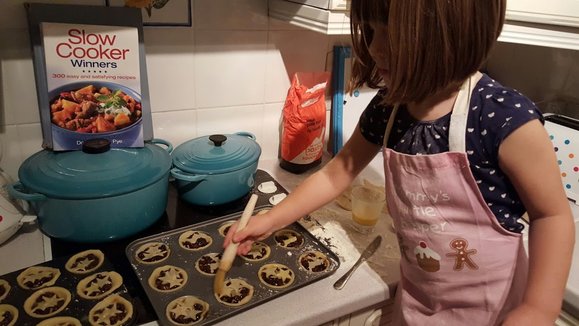 As you can see BB loved the whole process, and once the pies had cooled so she could ‘test’ one she turned to me and said: “These are so much more yummier than Tesco’s mince pies mummy. I think we should make them again next year.”

Needless to say I gave myself a congratulatory pat on the back.

Even if we didn’t technically make them. 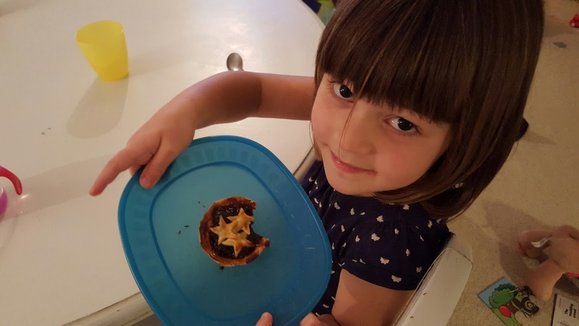