Do I REALLY need to buy a new cot mattress for baby number two? 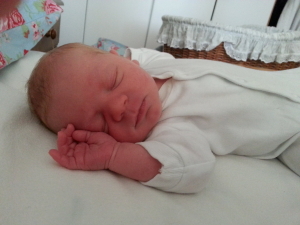 After almost nine months sleeping in ( his bedside crib it’s time to move Little B into a proper cot. Given that the crib – we opted for the Chicco Next2Me – is supposed to last from 0-6 months, I think it’s fair to say we got our money’s worth. Now I’m facing the question everyone asks but no-one seems to know the answer to: do I REALLY need to buy a new cot mattress for baby number two?

The official advice is to buy a new cot mattress for baby number two to reduce the risk of cot death, but why? I’ve scoured the internet and keep seeing the phrase ‘ideally you should buy a new mattress for each new baby’ repeated again and again, but nobody actually says WHY.

The Lullaby Trust says ‘some’ research has found an increased risk of SIDS when using a second-hand mattress, but the link hasn’t been proven. But why is there a risk?

According to a four-year study undertaken by researchers at the Royal Hospital for Sick Children in 2002, there’s a link between the bacteria in used mattresses and cot death.

Of 131 cases of cot death they looked at, around half of the babies died on used mattresses.

So, according to this study, there is a statistical link between SIDS and used cot mattresses, but they don’t know why either. They said: ‘There remains insufficient evidence to establish a cause and effect relation.’

This is the only actual study I could find and is now more than 10 years old. When we went to the world’s first baby spa with Huggies two weeks ago I even canvassed the opinion of their expert midwife, who advised me to buy a new mattress but admitted she put her second child on her first child’s mattress.

There seems to be lots of unknowns, but there’s one thing I do know: it’s not worth taking the risk…