When is your child too old to sleep in your bed?

When is your child too old to sleep in your bed? I ask because this week Little B and I took part in a feature for The Sun newspaper about co-sleeping after Adele revealed she still lets her three-year-old son in bed with her (what with the beard thing, Adele is a good source of blogging material!) 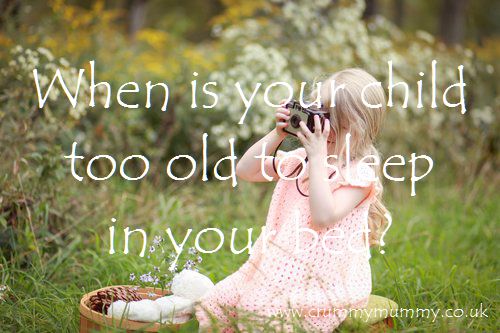 Regular readers will know Little B has been in our bed pretty much since birth, and while there are pros and cons to having a baby in your bed overall it’s been best for us while he’s breastfed. Now that he’s 18 months old there’s still three in the bed, if you know what I mean, but I’d like to think we can get him in his own bed by the time he’s two.

Interestingly though, of the four mums interviewed for The Sun’s feature, I had the youngest co-sleeper. The others have an 11-year-old, nine-year-old and five-year-old who regularly share their beds. Yikes. 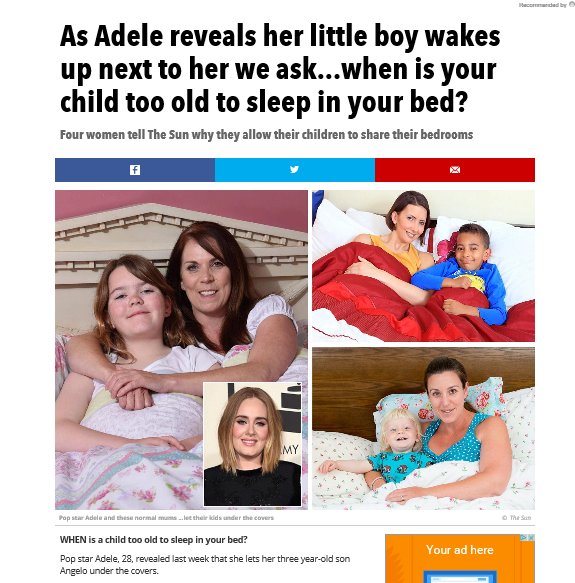 There are occasions when we end up with both BB and Little B in our beds (if I’d known then what I know now we’d have bought a super-king) but that’s usually down to illness or a thunderstorm. I think 11-years-old is going a bit far.

What do you think? When is a child too old to sleep in your bed?