Parents of the land rejoice – it looks like CBeebies is safe! For now, anyway.

In case you’ve been on another planet (I often feel like I am) CBeebies was under scrutiny as part of the BBC charter renewal, and when it looked like money could be taken away so more kids’ TV programmes could be shown on channels with adverts more than 157,000 people signed a petition to stop it. 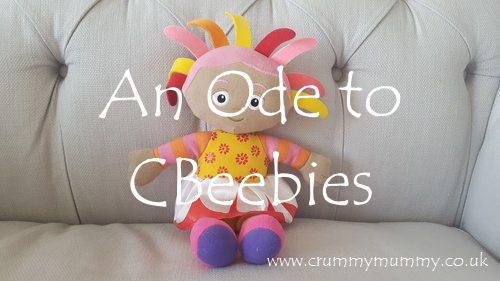 The government announced this week it’s going to scrap the plans, and is going to run a public consultation in the autumn instead. Which doesn’t actually mean it isn’t going to happen, but does mean we get to have our say.

I could have a rant about why taking money away from CBeebies is a bad idea, or I could write an open letter, but what with ‘meternity’-gate it’s been a bit of a ranty week so I decided to lighten the mood and write a poem about it instead.

This is only my second poem since I was at school (the first was when I was preparing to stop breastfeeding BB) so bear with me. Here goes:

And let’s not forget the presenters
Who brighten up our day
There’s Andy for mums
And Rebecca for dads
In fact, there’s a whole array

Seriously though, I do think channels like CBBC and CBeebies offer something special that commercial channels simply can’t replicate – high quality children’s TV that doesn’t brainwash kids with adverts.

What do you think? Are you a fan of CBeebies? Or do you prefer the likes of Milkshake and Tiny Pop?