‘Parenting’ and ‘easy’ are two words most parents would probably agree don’t belong in the same sentence.

While there’s nothing easy about parenting, I do think parenting gets easier when it’s warmer. 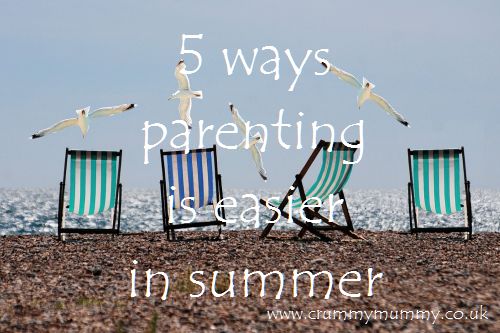 We’ve been enjoying summer time temperatures in our neck of the woods and things have definitely been less challenging than they are in deepest darkest winter.

So I thought I’d add to my series of ‘5 ways’ posts – see 5 ways to rock being a working mum and 5 ways running will change your life – with 5 ways parenting is easier in summer.

1. Less washing. We rarely see the bottom of the dirty laundry basket (since Littlest B arrived in February I don’t think I’ve seen it once) but the scale of the dirty clothes heap reaches epic proportions in the winter months when everyone’s wearing two or even three layers of clothes. Roll on summer when shorts and t-shirts are all that’s required. With a bit of luck we might even get away with just nappies and pants for a week or two. (At home, obviously).

2. Less wiping. I’ve said it before and I’ll say it again: wiping is the bane of my life. I feed the kids outside as much as possible when it’s warm because you don’t have to wipe, vacuum or sweep up afterwards. There’s no such thing as drips and crumbs on grass. 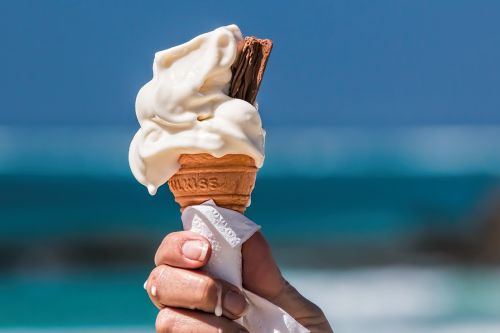 3. Less mess. I also spend as much time as possible outside with the kids in the summer because it means they can’t mess up the house. We’re lucky to have lots of child-friendly parks where we are including paddling pools which are filled from May to September. This is a double bonus because if you take a picnic tea with you and put them in the paddling pool afterwards you can get away without giving them a bath.

This is what it’s all about! #spring #sunny #warm #water #swimming #paddling #atlast

A post shared by Natalie Brown (@confessionsofacrummymummy) on May 6, 2016 at 8:05am PDT

4. Day drinking. There’s nothing like a white wine spritzer on a summer lunchtime to take the edge off the rest of the day. The meltdown because you had the audacity to serve yoghurt with the ‘wrong’ coloured spoon, the poonami that not only spilled over the top and sides of the nappy but seeped all over the baby bouncer covers you’ve only just washed – suddenly these things just don’t seem so bad.

5. There’s life after kids. Instead of closing the curtains and crashing out on the sofa with a bottle of wine when they’ve gone to bed the lighter evenings mean you can actually do something. Something for you. Regular readers will know I have a she shed on our allotment which I reckon makes me a better mum. I’m looking forward to sneaking down there after they’re tucked up in bed this summer.

Has the weather been good where you are and if so have you found things easier on the parenting front? I’d love to know!