Have you been watching Motherland? 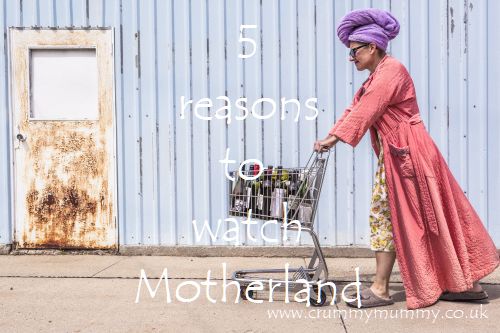 If you’ve missed it it’s probably because it goes out at 10pm on a Tuesday, that tiresome time of day when you know you really should go to bed but desperately want to make the most of the child-free time the kids are asleep. Or perhaps it’s already way past your bedtime.

Either way I urge you to watch it on catch up.

The story in a nutshell is this: you’ve got Julia (Anna Maxwell Martin), a mum of two trying to juggle work with the kids, Liz (Diane Morgan), a single mum who as The Guardian put it ‘wouldn’t blink if her hair was on fire’ and Kevin (Paul Ready), a stay-at-home dad constantly trying to curry favour with alpha mum Amanda (Lucy Punch).

The show hits the nail on the head in the parenting stakes and it’s honestly the best thing I’ve seen on TV since becoming a mum.

Here’s 5 reasons why you should watch it.

1. You’ll laugh so hard tears will run down your legs. Seriously. You’ll probably snort once or twice too.

3. There’s something in it for everyone. It doesn’t matter whether you’re a stay-at-home parent, a working parent, a single parent or a three-times-married parent, there will be characters in it you can relate to – and those characters are so true to life it hurts.

4. It’ll make you feel better about your own life. Unless you’re in serious danger of losing your sh*t the chances are Motherland will make you feel like you’re winning at the parenthood thing, even if it’s just ever so slightly.

5. If you’ve had one of those days Motherland is just the tonic you need (preferably with a splash of gin). I guarantee you’ll feel better after watching it.

Have you been watching Motherland? Or have you got absolutely no idea what I’m talking about?!