Having just spent my second Christmas with a baby on board, I’ve decided being pregnant at Christmas sucks.

The last time I was pregnant at Christmas was six years ago when I was only just pregnant, so unable to tell anyone and I somehow muddled through in the throes of morning sickness and feeling yuck. 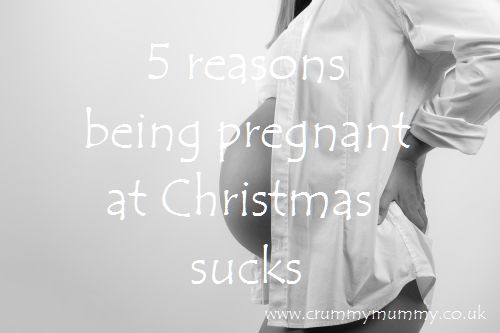 This time though I’m just weeks away from the end of my pregnancy, when you’re no longer consumed by sickness and are gasping for a proper drink. Or I am anyway.

Which basically makes being pregnant at Christmas suck.

1. There’s nothing to wear. I went into Topshop looking for something glam for Christmas Day only to be met with the most underwhelming wall of maternity tops I’ve ever seen. Right next to display upon display of gorgeous sparkly, sequinned party numbers. Instead I made do with shoe horning myself into last year’s Christmas jumper.

A photo posted by Natalie Brown (@confessionsofacrummymummy) on Dec 24, 2016 at 5:22am PST

2. You can’t have a proper drink. No Buck’s Fizz for breakfast, no sherry at midday (I do like a sherry at Christmas), no fizz with lunch (ok I might have had a teeny tiny bit) and definitely no flopping on the sofa with a nice chilled bottle of Pinot in the evening. Instead I sought solace in a box of chocolates.

A photo posted by Natalie Brown (@confessionsofacrummymummy) on Dec 25, 2016 at 2:37pm PST

3. You’re forced to watch everyone else have a proper drink. I watched Misery Guts enjoy everything from Espresso Martinis (he made his own sugar syrup and everything – at least it put a smile on his face I suppose) to a rather nice looking bottle of Muscadet to my all-time fave, prosecco. Instead I got to ‘enjoy’ some alcohol free sparkling wine (don’t bother) and fizzy water. 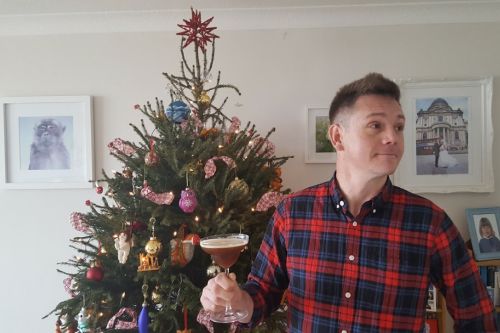 4. You can’t eat proper cheese. Brie, camembert, anything mould-ripened – and basically tasty – are off limits. Instead you can have cheddar, more cheddar or something spreadable. So boring.

Have you been pregnant at Christmas time? Did you find it the worst time of year to have a baby on board?