It’s a sentence I never thought I’d write – like so many things they don’t tell you about being a parent – but it turns out I can’t live without the Teletubbies.

It sounds bonkers, but right now I honestly couldn’t get through the working week without them. Not with all my marbles, anyway. 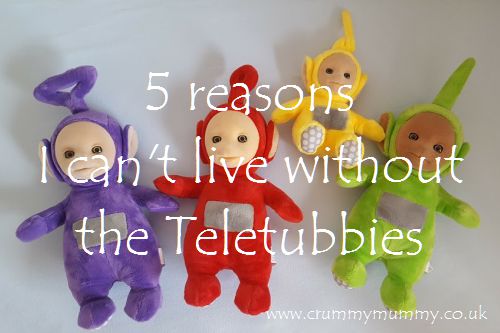 Teletubbies weren’t around when BB was a toddler having not made their comeback yet, but now they are I don’t know where I’d be without them, even though I don’t understand a word they’re saying.

1. They grant me an extra 10 minutes in bed. Teletubbies currently goes out at 7am on weekday mornings on CBeebies. This means instead of being startled from my slumber and immediately expected to entertain a two-year-old before I’ve even had the chance to have a wee and my first cup of tea, I can scoop him up, dump him on the sofa with a beaker and stumble back to bed for 10 minutes knowing he won’t move or try and do anything he shouldn’t, like master the catch on the cupboard under the sink.

2. They’re a great bribe. Because they’re on at 7am in the morning, I tell the kids that unless they go to bed nice and early and without a fuss they’ll sleep through and miss it. They wouldn’t of course, but they don’t know that.

3. They’re teaching my toddler to talk. Despite speaking in pidgin English – and sometimes a language that bears no resemblance to English at all – bizarrely Little B is picking up actual words and using them correctly. I’m not quite sure how they do it, but I’m not complaining.

4. They make bedtime easier. The aforementioned pidgin English is also used in the books, which by the end of a working day is just about all I can get my head around. Anything else is just too taxing. 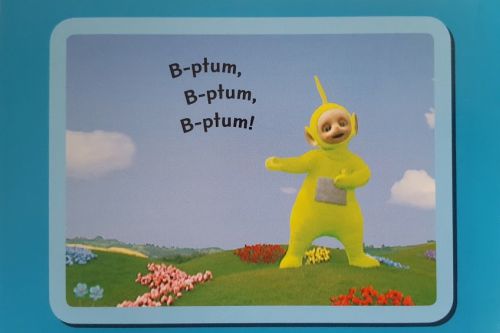 5. They regularly save my life. Working from home with the kids means I have an arsenal of distraction techniques (see my confessions of a stay-and-work-at-home mum for more), one of which is Teletubbies DVDs. Our latest addition is the Teletubbies Tubby Snowball Christmas release (£6), in which there are six brand new episodes including ones in which they play with a snowball, dance with a snowman and make a caterpillar out of snow. Nothing much actually happens, but like all the episodes Little B loves it. 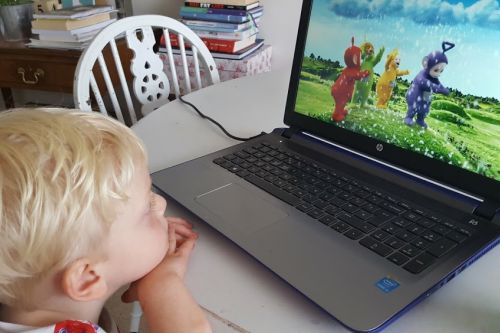 Is there a kids’ TV series that regularly saves your life?

We’ve got 3 copies of the new Teletubbies Tubby Snowball DVD to give away – so that’s three chances to win! 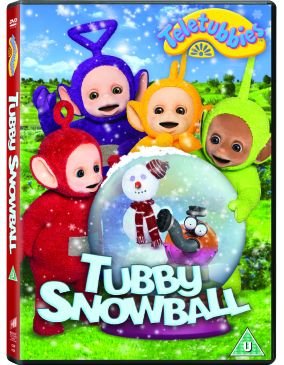 *Please note the competition is open to UK residents only*

Teletubbies Tubby Snowball is out now on DVD and available to buy from Amazon. We were sent a copy of the DVD free of charge for the purpose of review. As always all opinions are my own and based on my own honest experience.