5 kids’ characters who make me want to SCREAM 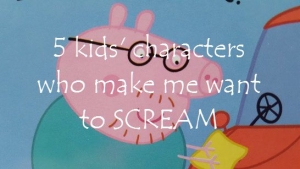 Big news! They’re bringing back Super Ted! In case you weren’t around in the 1980s, Super Ted was a Welsh flying crime-fighting bear, which when you think about it is no less plausible than a Teletubbie or a Twirlywoo.

Of course, as with all these reprisals, the new version won’t be quite the same as it was. They’re changing some of the characters to ‘suit modern audiences’, by which they mean they’re making them politically correct.

Apparently the characters Skeleton (a gay skeleton) and Bulk (an overweight baddy who had jokes made about his weight) are getting the chop in favour of characters of a ‘different persuasion’ (aka inoffensive).

To be honest I can’t say I was aware of the sexuality of the Skeleton, or remember the baddy being fat and the butt of any jokes, but there we go. When you think about it though, there are an awful lot of kids’ TV shows and stories which don’t set a very good example yet have still managed to dodge the PC brigade.

In no particular order, here are 5 kids’ characters who make me want to scream:

1. Daddy Pig. ‘Silly daddy’ as he is referred to in Peppa Pig is basically a useless, bumbling, DIY disaster. Much of what he does goes wrong (putting up a picture results in knocking a massive hole in the living room wall) and has to be put right by the all-knowing Mummy Pig. What’s this teaching the next generation? 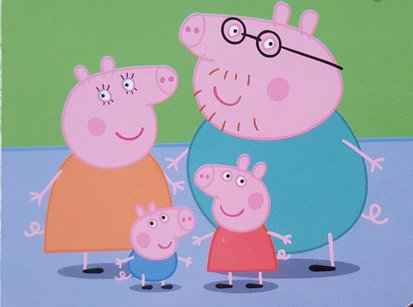 2. Mog’s mum in Mog and the Baby. Mog’s family are babysitting ‘the baby’ when it escapes through a window and into the path of a moving car (whose occupants happen to be Mog’s dad and the baby’s mother Mrs Clutterbuck – what were they up to I wonder?) because Mog’s mum left the window open. Who leaves a window open and then turns their back on a baby that isn’t their own long enough for the baby to crawl through it? Totally irresponsible. 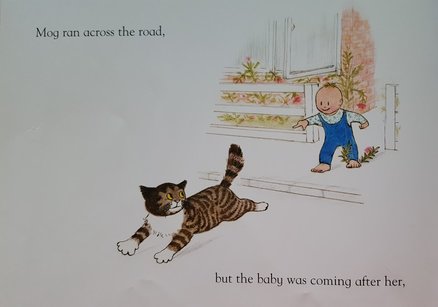 3. Sophie’s mummy in the Tiger Who Came to Tea. The look on her face when she realizes there’s nothing for Daddy’s tea because the Tiger ate it all makes me want to slap her. Perish the thought of daddy actually sorting out his own dinner. 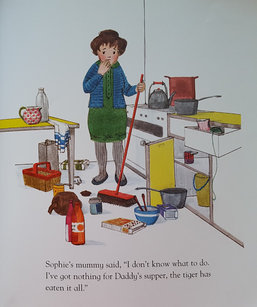 4. Elizabeth Bennet in Little Miss Austen’s Pride & Prejudice. I know I’ve blogged about this before, but this is basically a counting book based on the novel in which readers are encouraged to aspire to – amongst other things – 2 rich gentlemen, 3 mansions, 9 fancy ball gowns and £10,000 a year (although £10,000 a year won’t get you very far these days). 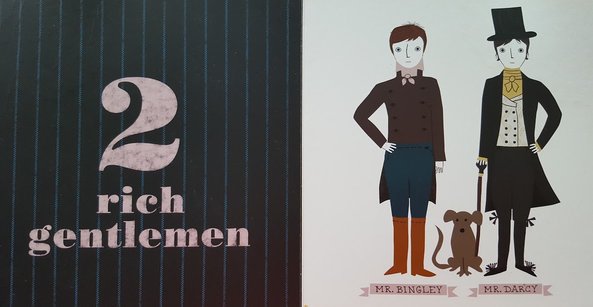 5. Topsy & Tim’s mum. Apart from being ‘twintastically’ smug and perfect, there are an awful lot of episodes with unexplained absences. Where on earth has she ‘popped off’ to? Misery Guts reckons she’s up to no good (with DIY Derek perhaps? I don’t think I’ve seen them on screen at the same time) but possibly this is just wishful thinking on his part (an actual text thread on Misery Guts’s phone between him and a friend reads ‘Would you ‘do’ Topsy & Tim’s mum?’ to which Misery Guts’s response was ‘hell yeeeessss!’) Topsy & Tim have a lot to answer for. 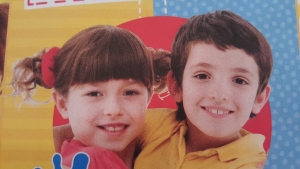 How about you? Are there any kids’ TV characters or shows that make you want to scream?