5 of the best wooden toys for kids

When I first became a mum I had visions of wooden toys neatly stacked on bookcases lined with traditional fairy tales, decorated with a swathe or two of fabric bunting.

It wasn’t long before reality kicked in: the wooden toys of my mind’s eye were replaced with plastic electronic ones, and the books featured all the latest TV characters instead of Grimm’s fairy tales (which to be honest are a bit scary anyway). Only the bunting actually became a reality. 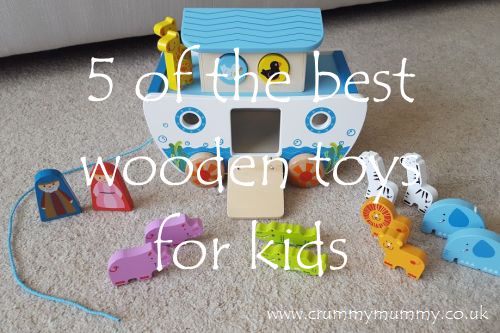 When you think about it it’s not surprising they favour the bright flashing plastic stuff, and it’s easy to go with that option because they’re often cheaper than the lovely wooden ones too.

That said, there are some amazing wooden toys out there which really stand the test of time. We’re big fans of Hape, whose toys seem to last from babyhood onwards, so I thought I’d share our favourite ones for anyone wondering which wooden toys they’ll actually play with.

5 of the best wooden toys for kids

An oldie but a goodie (I had one when I was little), the toy hammering block provides endless fun. Designed to develop fine motor skills and hand/eye co-ordination, we got BB’s from Ikea when she was about 12 months old and four years later she’s still playing with it (minus a few pegs). 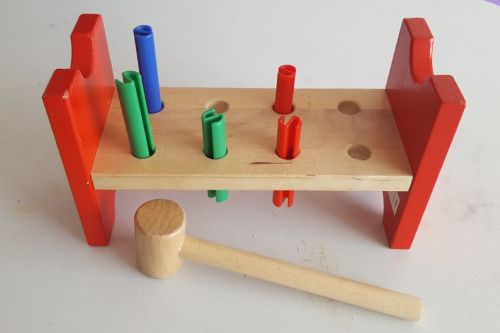 Another classic that has been updated over the years, you really can’t beat the walk-a-long-puppy. We reviewed Hape’s version earlier this year and it’s become a firm favourite for both BB (five) and Little B (almost two). The puppy will sit, walk and roll and, best of all, you can take it (almost) anywhere. 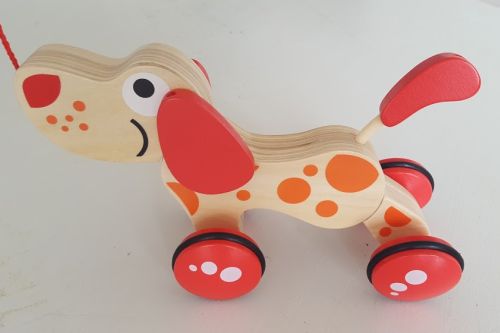 I love this toy! Made using non-toxic paint and glue and currently available through Babipur for just £12.47, Hape’s Noah’s Ark also promotes fine motor skills thanks to its pull-a-long cord and shape sorter. There’s a hinged door to allow the animals in and out of the ark, and the top also comes off. Little B absolutely loves it… 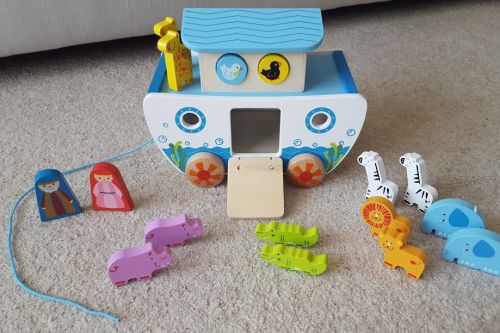 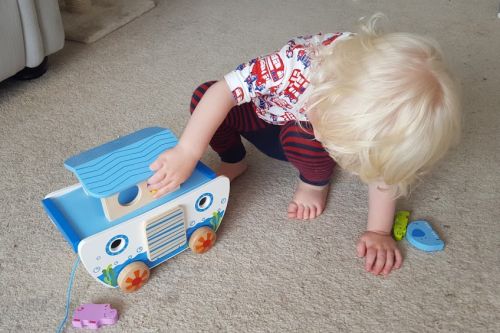 …and it’s the one toy BB and Little B seem to be able to play with without arguing! 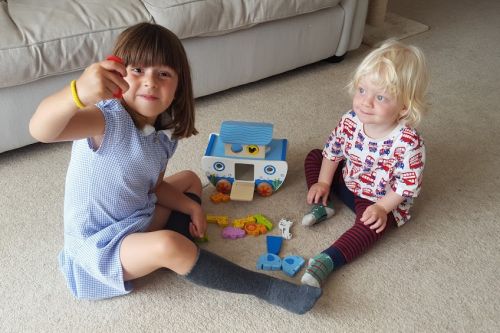 Our wooden shape sorter was once BB’s and is now Little B’s. It’s so simple in design but has really stood the test of time on the longevity front – I can’t remember where we got it or how much we paid for it but it was definitely worth it! 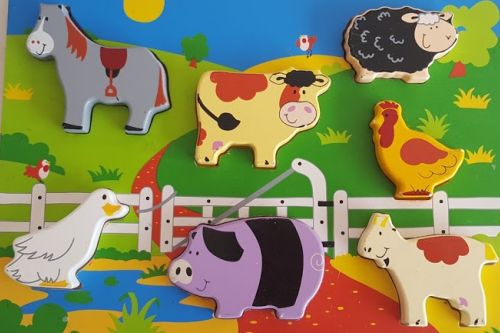 Again, a really simple toy that provides endless entertainment. Hape’s Scribble Maze is essentially a wooden maze in which you race to guide a marble while avoiding the holes. It comes in four pieces which fit together like a jigsaw, and is double-sided so there are two separate games to play. It’s not for little ones owing to the marbles – it’s designed for ages three and up – but perfect for BB. 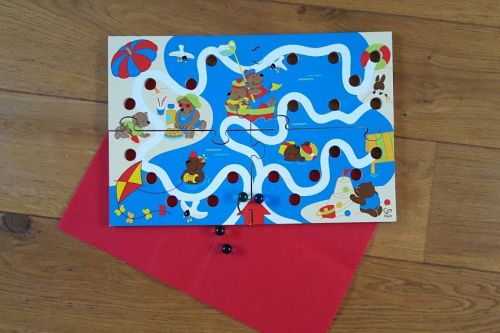 Do you have a favourite type of wooden toy? Which ones go down best in your house?

We were sent the Hape Walk-a-Long Puppy, Noah’s Ark and Scribble Maze free of charge for the purpose of review. As always all opinions are my own and based on my own honest experience.