One in 10. That’s how many primary school children have head lice in the UK at any one time if the latest statistics are to be believed.

Which is enough to make your skin (or head) crawl if you think about it long enough. 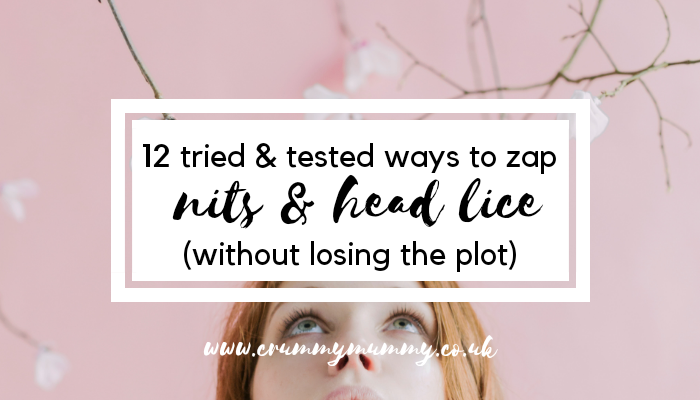 Despite all three of our kids going to nursery and school – where letters home informing us of little visitors are an almost weekly occurrence – we’d never once had the pleasure. Until now.

After almost eight years a mum I’ve always known it was only a matter of time, and annoyingly (and rather ironically given it was the Easter holidays, when the kids weren’t even at school or nursery) we’re now among the one in 10.

I have absolutely no idea where they came from, and having never had to deal with them before I had absolutely no idea what to do about them, either. So, after buying all the products, I asked some blogging buddies who have been there, done it and got the t-shirt for their tried and tested advice – which ranges from putting combs in the freezer to kill the eggs to using hair straighteners to blast them off!

1. “Comb and comb and comb again,” says Sarah at Digital Motherhood. “None of the shampoos work in my opinion! Lots of conditioner and comb for ages!”

2. “Lots of tea tree conditioner and a good comb through. I’ve worked in early years for over 14 years and it’s been the best thing I could advise!” says Becka at Mummy Est.2014.

3. “We swear by Childs Farm detangler spray (the magic of grapefruit and tea tree!)” says Sinead at Sinead Latham. “Boy is five with long hair and so far we’ve been free from the pesky things!” 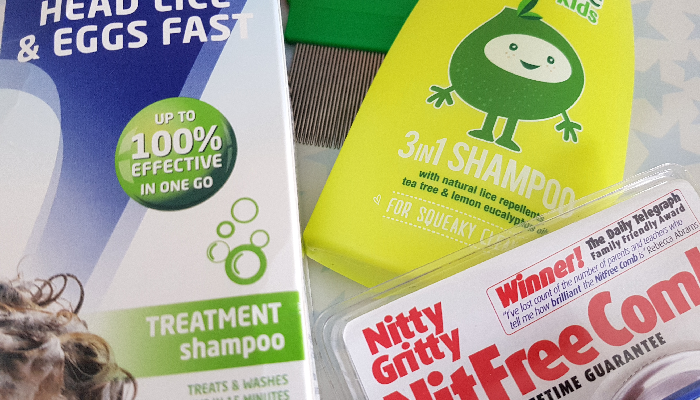 4. “Headrin Once is amazing at getting rid of head lice, but is a nightmare to get the oil out of your hair,” warns Jade at Mummies Waiting. “Washing up liquid works really well to wash it all out afterwards and with a good condition, your hair will be feeling great and lice free in as little as half an hour.”

5. “A Nitty Gritty Comb and conditioner works best for us!” says Nathalie at The Intolerant Gourmand. “Then using Vosene shampoo daily.” (If you haven’t come across a Nitty Gritty Comb before, it’s an award-winning ‘one per family’ comb which promises to remove all head lice, nits and eggs without the use of pesticides – and it really does work! You just slather them in conditioner, run the micro-spiral teeth through their hair in sections and the job is done!) 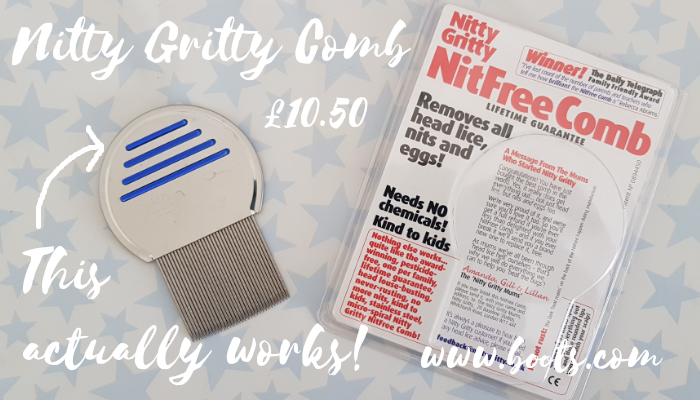 6. “Put the comb in the freezer afterwards to kill lice/eggs,” says Lisa at Mama Be Kind Blog.

7. “Full Marks was fab for the two kids who had visitors – it was easy to apply and killed them all off in a couple of minutes, then just shampoo as normal,” says Mandi at Big Family Organised Chaos.

8. “I use tea tree shampoo every other week on the boys hair to prevent nits too,” says Jaymee at The Mum Diaries.

9. “Buy or make your own tea tree spray to spritz on your child’s hair before going to school to hopefully prevent getting nits all over again,” advises Kate at Ever After With Kids. 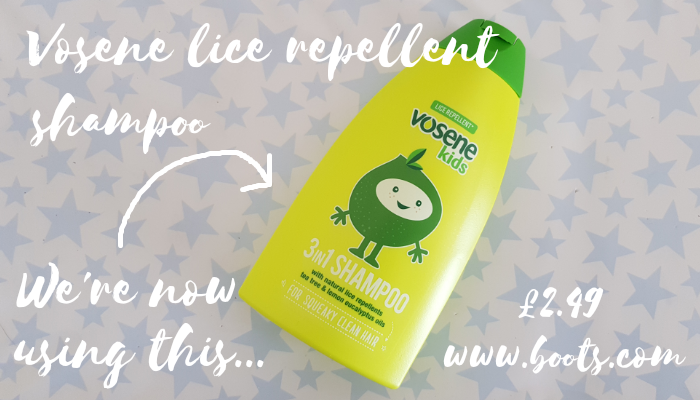 10. “Rather than buy expensive tea tree shampoo or conditioners, buy a small bottle of the oil itself and add it to your family’s regular shampoo,” suggests Catherine at Passports and Adventures. “The bottle goes a long way, works out cheaper in the long run and, in five years, despite my child being around others with head lice, they’ve never made an appearance in our house.”

11. “Tea tree shampoo and conditioner every day for two weeks. Then always wash their hair with tea tree shampoo once they are gone,” says Tina at Mother Geek. “My daughter had them three times in eight weeks until I switched to this method and she’s not had them since in more than two years.”

12. “Use hair straighteners on your own hair,” says Nikki at Yorkshire Wonders. “It won’t get any that are at the root but will kill off any eggs that are stuck to the hair. More of an extra precaution when you have used other methods, but a good extra!”

Have you had to deal with little visitors in your house before? Do you have any top tips? I’d love to know what they are!