10 things they don’t tell you about extended breastfeeding

Little B is 18 months old now and still fed on demand, so it occurred to me this is probably classed as extended breastfeeding. I have no idea exactly when breastfeeding becomes ‘extended’ – after six months? A year? – but I think it’s fair to say we’re probably there. 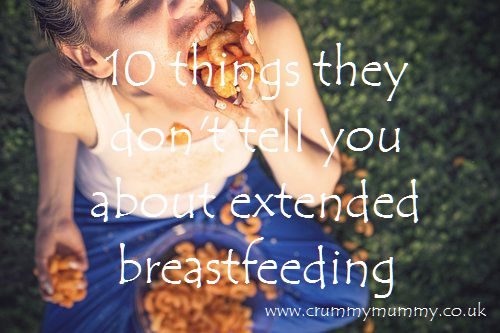 1. You think they’ll wean themselves naturally. They won’t. They’ll demand as much on the day you stop as they did on the day they were born. If not more.

2. In the beginning you can eat what you like – and then you can’t. At first, fuelled by breast feeding hunger, nothing touches the sides. But then, lulled into a false sense of security, it suddenly does. Damn. 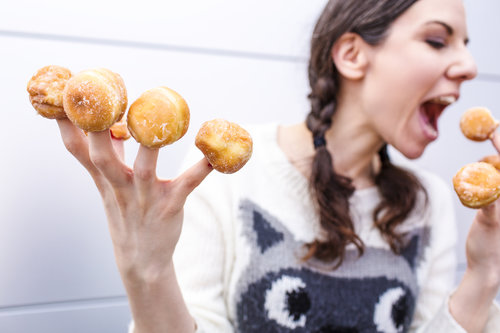 3. They become conditioned to the sound of your nursing bra clasp, a bit like Pavlov’s dog. Such is their conditioning that they can hear that clip across a crowded room.

4. The groping of the boob they’re not feeding on becomes even more pronounced. And they don’t care where they are, or who’s looking.

6. Chewing gum boob. When they get distracted from the task in hand and turn to look at something else – taking you with them.

7. Life carries on without you. The muffled sound of the TV programme you were looking forward to on the other side of the wall, the friends catching up round the table without you – you lose count of the hours you’ve lost nursing. And then you feel guilty and let them chomp away for a bit longer, even though they’re actually asleep.

8. You reluctantly replace your first nursing bras when you realise you’ve been wearing them every day for a year and there’s no getting away from the fact they’re no longer white, but a rather mottled shade of grey. And the dream of a lacy underwired affair seems ever more distant.

9. You’re no longer proud of your milk-filled boobage. The novelty of a cleavage you previously thought only possible with cosmetic surgery has worn off, and while apparently still delivering the same amount of milk, the size of your boobage has slowly but surely shrunk.

10. You have no absolutely no idea how to go about weaning the strapping, chest-thumping toddler you now find in your arms. And you have no idea how you ended up here, either.

I would like to add a disclaimer that this post is by no means designed to put anyone off extended breastfeeding and is purely based on my own experience, which I have loved!

Do you have experience of breastfeeding? How did you go about stopping? Any advice would be gratefully received!