Ever thought about taking part in an organised running race? Like the sound of it, but not sure if it’s for you? 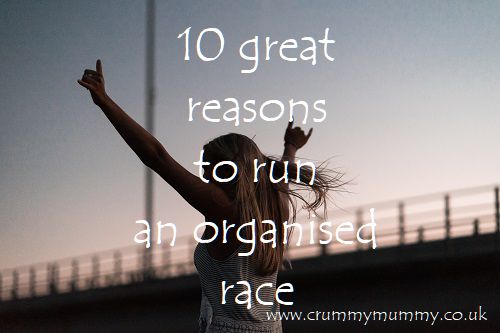 But after completing the 10-mile Great South Run it turns out I was wrong. Here’s why.

2. You can legitimately eat sweets. Like jelly babies, which people hand out for free. Enough said. 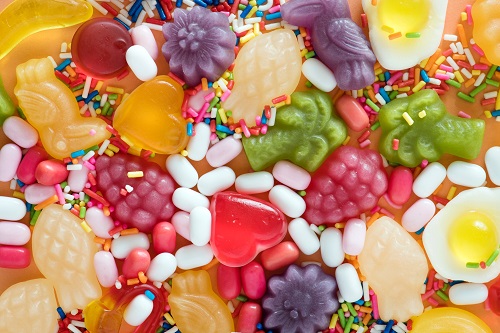 4. You can wear fancy dress. So, if you fancy donning tights or a tutu and channeling your inner superhero, this is the place to do it. 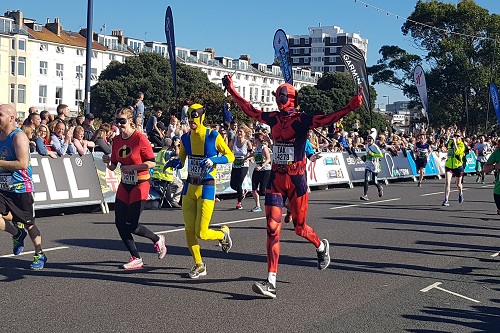 5. It’s good for you. Whether you’re walking, jogging, sprinting or a bit of all three, the training involved will get you up off the sofa, out of the house and breathing in fresh air.

6. The whole family can get involved. You might be the one running the race, but the event will be a day out the whole family can enjoy. Here’s the oldest cheering me on at the Great South Run – her favourite activity on the sidelines was push bike-powered smoothie making. 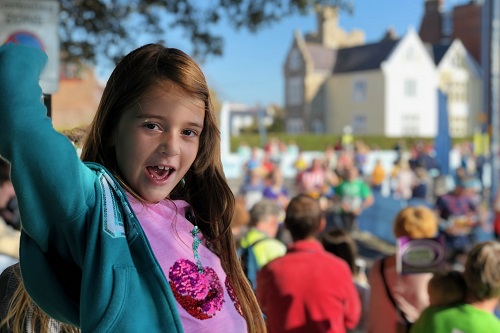 7. Your family will make a fuss of you. If you’re lucky, they might even make you a banner.

8. Age is no barrier. Whether you’re five, fifteen, twenty-five or fifty, there’ll be an event out there for you. The Great Run series, of which the Great South Run is one event, includes everything from mini runs to 5k, 10k and longer distances. There’s even a canine run so you can take the dog. 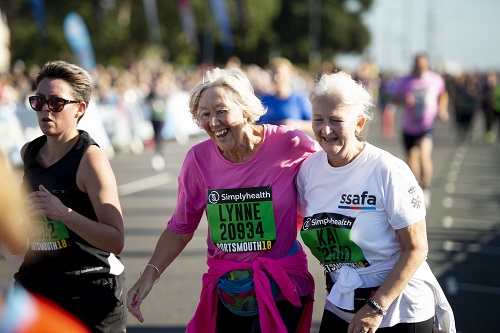 9. It might spur you on to do greater things. Once you’ve taken part in one event, the chances are you’ll want to do it again. I’ve always thought I couldn’t possibly do a marathon – 26.2 miles! – but after taking part in the Great South Run I reckon, with the right training, I might be able to manage it. Watch this space!

10. You’ll get a medal. And it doesn’t matter how old you are, there’s nothing quite like being given a medal.

Have you ever taken part in an organised running race? Have you got one coming up? I’d love to hear about your experience!

5 ways running will change your life