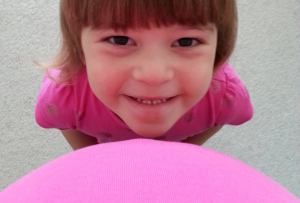 Now that Little B has turned one and started walking I feel we’ve reached a milestone – he’s not a baby any more but a fully-fledged toddler who thunders around on chunky legs emptying cupboards and generally leaving a trail of destruction in his wake.

It was as BB was feeding him chocolate buttons from her trick or treating haul and I didn’t bat an eyelid that I realised nothing like that passed her lips until she was at least 18 months old, possibly older. Which got me thinking that there are an awful lot of differences between the way I’ve parented baby number one and baby number two.

So I’ve put together a little list: 10 differences between first & second babies:

1. You buy a ‘What to expect in the first year’ book and refer to it on a weekly basis. Second time round you have to hunt it down on the bookshelf around nine months in to try and determine whether the rash on baby number two is anything to worry about or not.

2. You made sure you were wide awake and sitting up for night-time feeds and the baby always went back in the moses basket afterwards. This time you feed lying down and routinely wake up several hours later with the baby fast asleep in your arms.

3. Baby number one’s wardrobe boasted a wide variety of bottoms, tops, cardigans, jackets and accoutrements that don’t stay on like matching hairbands and belts. This time round it’s babygros all the way.

4. You religiously washed, labelled and packed away all of your first child’s outgrown clothes for ‘next time’. This time you put new clothes on top of old ones until the drawers are so full you shove all the outgrown stuff in a suitcase to deal with at a later date. If ever.

5. Your nappy bag used to be stuffed with items for every possible eventuality, like scissors and a change of clothes for you as well as the baby. Nowadays it’s streamlined with just wipes, a nappy or two and a babygro that they’ve probably outgrown anyway.

6. You don’t buy any of the baby items you really don’t need, like hats for indoors and baby nail clippers.

7. You go out of your way to ensure no refined sugar or anything too salty goes in their mouth until they are at least 12 months old, preferably older. With baby number two pretty much anything goes, largely thanks to the presence of baby number one.

8. First time round you make all their baby food from scratch, but now you rely on chicken nuggets, potato waffles and frozen peas more often than you’re prepared to admit.

9. If you’ve got one of each baby number two wears and plays with clothes and toys designed for the opposite gender. Little B can often be found wrapped in a pink princess bath towel and pushing a pink and purple baby walker. 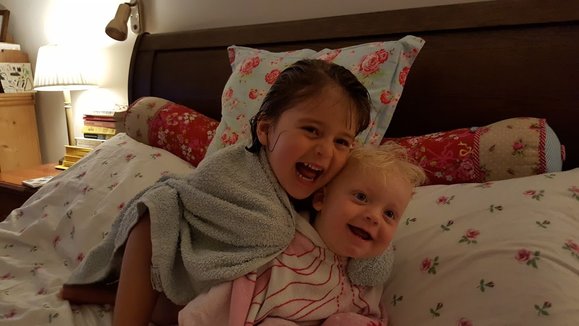 10. With baby number one the first year seemed like an eternity in which you carefully marked off each milestone. With baby number two the first 12 months goes by in the blink of an eye and you wonder at what point the helpless little scrap of a thing turned into a robust toddler who can be hauled around by baby number one and who can deftly manoeuvre him or herself on and off furniture.