My 8 photos of happiness tag

It’s so easy to take photographs, file them away and suddenly its months or even years before they see the light of day again. So when Imperfect Mum tagged me with the task of coming up with eight pictures that make me happy in her #8photosofhappiness tag it was a good excuse to go on a trip down memory lane.

It’s taken me a while to narrow my favourite eight pictures down, and here they are: 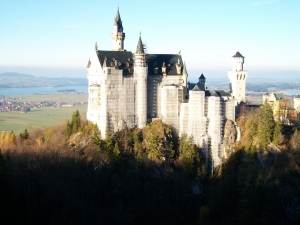 This is Neuschwanstein Castle in Bavaria (covered in scaffolding, but ignore that bit) which Walt Disney is said to have based his fairy-tale castle on. I first visited it as a child when we lived in West Germany, and fell in love straight away. Fast forward to 2008 and, knowing my love of the area, Misery Guts chose the castle to propose on a bright sunny afternoon in November. By the time we came back down the mountain at dusk the sky had turned a very dark blue and the first stars were starting to twinkle. 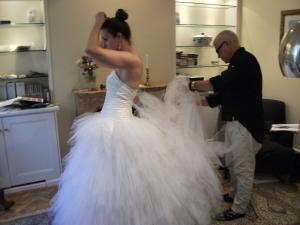 This is me at one of the final fittings for my wedding dress in 2010. It was made by South African designer Gert Van De Merwe and involved 36 metres of French tulle. It is the first and probably the last piece of couture I will ever own. After traipsing round endless wedding dress shops I couldn’t find anything that matched the picture of the dream dress I had in my mind. Then I spotted one of Gert’s designs in a wedding magazine, but below it were the dreaded words ‘price on application’ so I put it right out of my mind. Several fruitless wedding dress shopping trips later I went on Gert’s website to try and get a rough idea of his fee. It turned out it wasn’t really that much more than some of the dresses I’d been trying on in the shops. So I went to see him at his studio in Mayfair and the rest is history. I would go into London once a month for six months before the wedding for fittings, and I paid for it by making and selling novelty birthday cakes from the kitchen in our flat. 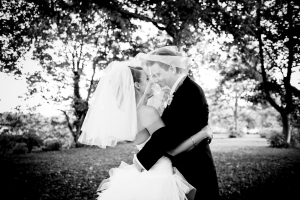 First it was the dress, now it’s the day. My wedding day was undoubtedly the happiest day of my life. We got married at St Paul’s Cathedral in London, and Japanese tourists took photos of me as I got out of the car and went into the church which was toe-curlingly embarrassing. Although the London photos are all amazing, afterwards we went back to a friend’s park in Surrey for the reception, which was basically a huge party, and is where this, one of my favourite photos, was taken. It sounds silly but I like to think there will always be an echo of the laughter that day in the trees there. 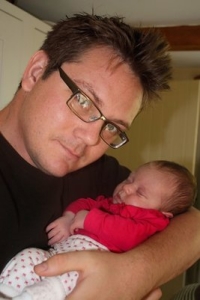 This is Misery Guts and BB when BB was about three weeks old in 2011. It was taken by my father-in-law and I’ve always loved how happy and content Misery Guts looks (it’s a rare occurrence, trust me). I have it in a frame on my bedside table and it makes me smile every day. 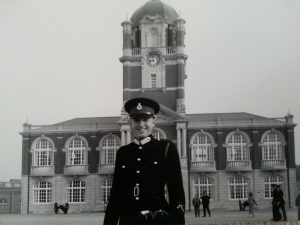 This photo was taken on the day my brother passed out of the Royal Military Academy at Sandhurst. I like the composition and the way the light falls, and we have it in a frame in our living room. The day started off really civilised with formal service (I think the Queen came and gave a speech, and there was lots of fuss because Prince William was also a cadet and Kate Middleton came to watch in what was one of her first ‘public’ appearances, and the tabloids had a field day because her mum was chewing gum, but I might be getting mixed up with another service I attended there, anyway, I digress…) Then we had champagne and canapés before a ball in the evening, but by the end we were drunken heaps and ended up sleeping on the floor of my brother’s barracks. His room was near the laundry room so was stiflingly hot, and I remember picking up my dress and stepping over other Her Majesty’s finest officers in endless corridors to get to the loo. It was a memorable night. (I do hope I haven’t broken some ‘what happens in Sandhurst stays in Sandhurst’ code…) 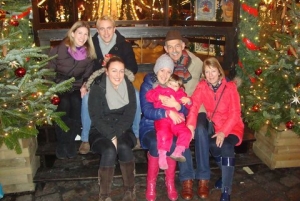 As a forces child living in Germany every year we went to the Christmas market in Trier, one of the oldest cities in Germany. In 2013 I took BB for the first time and this photo was taken in the midst of the market. Misery Guts had to work so we Airbnb’d it with my mum, dad, sister, brother and his girlfriend. As a child it made a lasting impression on me, and although BB was just two at the time she still talks about it so I think the same can be said for her. 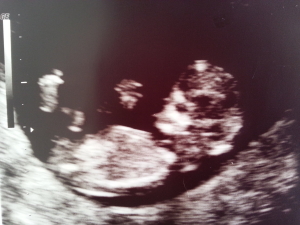 I was absolutely convinced I’d miscarried for the third time when this image was captured in April 2014, and I was stunned to see a perfectly clear baby alive and kicking, waving his little hands around. I was elated. 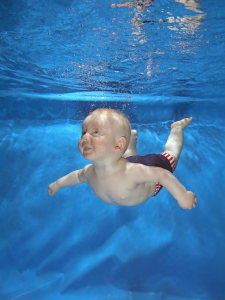 After being born in water in October 2014 Little B took to swimming like a duck to water. This underwater photo was captured by a photographer at one of our Puddle Ducks swimming lessons, and for me it’s already one of the iconic images of his childhood. I love how at home he looks.

So those are my eight photos of happiness – big thanks to Imperfect Mum for putting a smile on my face as I selected them today! I tag Life With Pink Princesses, Mama Mim and Life According to Mrs Shilts (I do hope I’m not making your heart sink…don’t worry, there’s no time limit!)

The rules are quite simple: mention who tagged you and tag other bloggers to join in. All for the love of blogging…