How to make sibling bedroom sharing a success 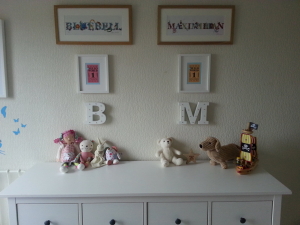 After umming and ahhing about whether we really needed to buy a new cot mattress for Little B (we did) he has finally moved out of our bedroom and into BB’s. We live in a two bedroom flat so there’s no question of them both having their own rooms: for the foreseeable future they’re going to have to share.

When we first mooted the idea to BB when I was expecting Little B she was up in arms – there was NO WAY she was going to share her bedroom with a baby. I have been quietly working on her ever since, and by the time he finally made The Move last Saturday I was fairly certain we would make sibling bedroom sharing a success.

Here’s what I did:

1. Due to the need for more storage I bought a new chest of drawers to house both BB’s and Little B’s clothes. BB has one side and Little B has the other, and before he was born we filled his drawers with all his clothes and nappies together. I then encouraged BB to show all our visitors her handiwork, and very proud she was too. 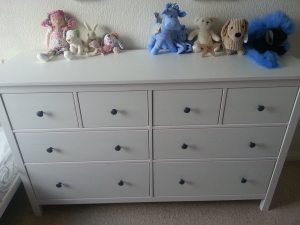 2. As soon as Little B was born I bought a wooden initial and put it under hers on their bedroom door. Over the coming months we made a point of drawing them to the attention of visitors, who all admired the letters in front of BB. 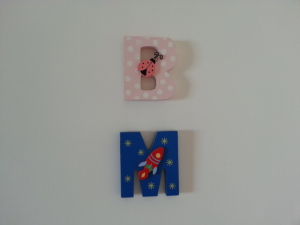 3. I created distinct areas for both BB and Little B on the chest of drawers and the wall above it featuring special toys and gifts including personalised prints. I also found light-up alphabet letters and mounted them on the wall to use as night lights at bedtime. 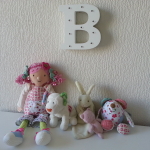 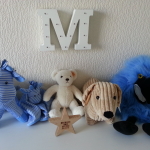 4. I decorated the wall around BB’s bed with butterfly and fairy wall stickers to make it her own special ‘area’. I plan to do the same around Little B’s cot with dinosaur wall stickers. Again, friends and family have been admiring the wall which makes her feel really special. 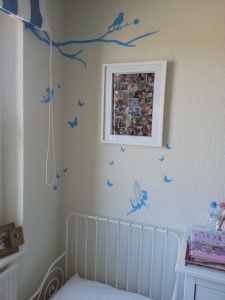 5. I got out BB’s old electric cot mobile and together we rigged it up for Little B. It’s now her job to turn it on at night and she sings the lullabies it plays to Little B. 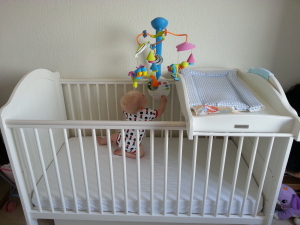 So far so good as far as BB is concerned. The only problem is Little B, who would rather sleep in our bed…