Fun ways to get kids to eat more veg #ad

Forget 5-a-day. We should be eating 10-a-day if the latest research is to be believed.

The trouble is that’s easier said than done if you’ve got picky eaters on your hands. In our house it’s not fruit that’s the problem – if anything BB and Little B are fruit bats – it’s veg. 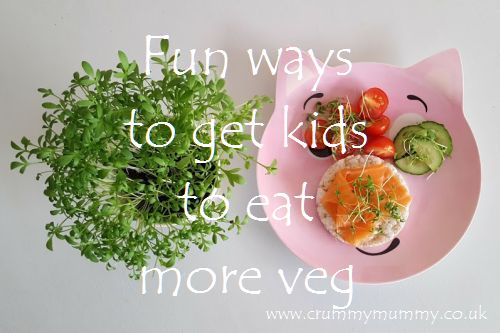 Despite introducing them to a vast array of vegetables when they were babies now they’re older veg is automatically viewed with suspicion, and if I dare to chop and sprinkle anything green on food forget it. (The time I put spinach in Bolognese sauce and BB had a meltdown because she thought it was seaweed is particularly memorable).

So how do you get kids to eat more veg? Juice and smoothie brand innocent and not-for-profit organisation GIY (Grow It Yourself) are trying to do just that through their #sowandgrowUK campaign which is aimed at encouraging primary school children to grow their own vegetables from seeds.

The idea is that growing food creates ‘food empathy’ and children who grow their own food are more likely to eat fruit and veg, plus it gets them outside in the fresh air, putting their hands in dirt and having some fun.

Teachers can apply for completely free growing packs online with enough seeds, growing cups, soil and resource packs (including a star grower badge) for a class of 32 and innocent hopes to reach 6,666 schools – that’s one quarter of the UK’s primary schools – through the project in 2017.

Parents can also take part by entering competitions on innocent’s new wedge smoothies to be in with the chance of winning packets of seeds to grow at home. We’re ambassadors for the project which runs until the end of April and we’re now three weeks in after planting baby carrots, runner beans and cress last month.

Here’s what I’ve learnt about how to get kids to eat their veg so far.

Fun ways to get kids to eat more veg

1. Grow them yourself. The theory behind the #sowandgrowUK campaign is that even the smallest food growing experiences can change the way kids think about healthy food. And it’s true. Our cress is now ready to harvest so I gave BB a pair of scissors and let her cut it herself, after which she not only tried it but sprinkled it on tomatoes and cucumber – and ate the lot. Given she would previously shriek if I put green on anything this is quite an achievement! 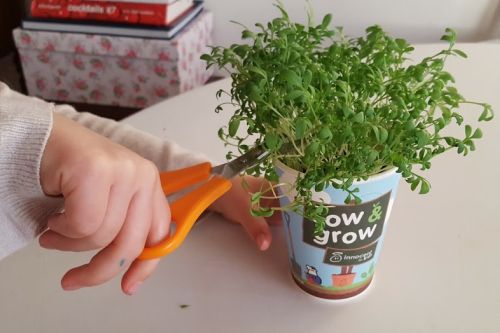 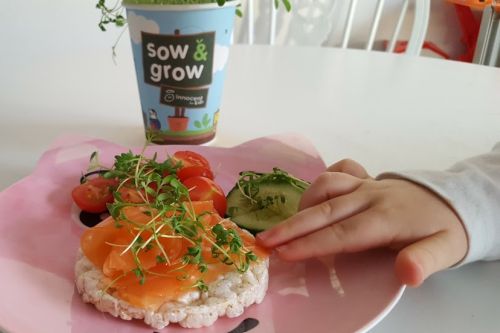 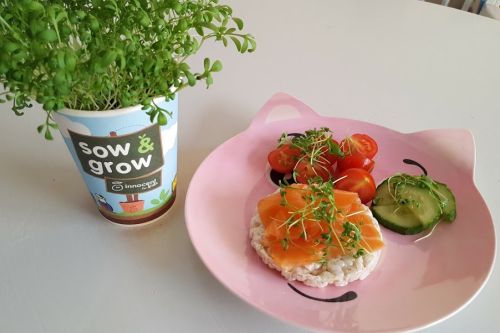 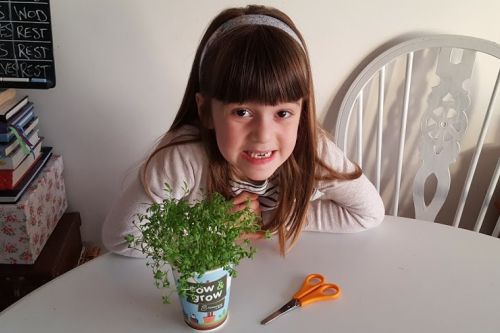 2. Lead by example. Rather than taking a ‘do as I say, not as I do’ approach make sure they see you eating your veg too. We’ve turned the #sowandgrowUK project into a family affair with each of our names on the growing pots and each of us competing for star grower each week. This week Misery Guts won the star grower badge for his runner bean which even managed to put a smile on his face! 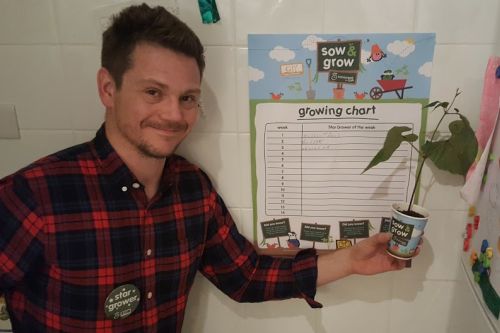 3. Offer a range of colours. There’s no point giving them sloppy boiled cabbage or unappetising looking leaves and expecting them to eat it. The #sowandgrowUK project includes fast-growing carrots, cress and runner beans which grow into different sizes, shapes, textures and colours which make for an interesting dinner plate.

4. Get the kids involved in the making. Growing their own food means kids are more likely to eat it, and making a meal themselves means they’re more likely to eat it too. Fellow Sow & Grow ambassador Emily Leary over at A Mummy Too has some brilliant recipes on her blog, including home-grown carrot and mango curry and carrot and runner bean towers which the whole family can help make – and eat. 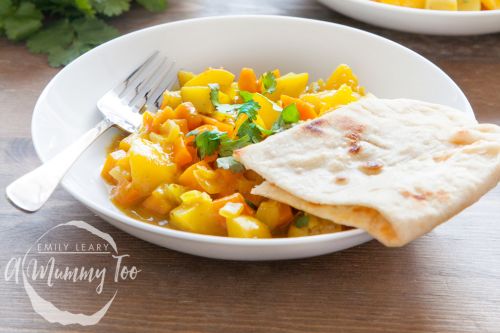 5. Don’t force them to finish. Turning mealtimes into a battle ground is only going to creative negative food associations, not positive ones. According to a survey carried out by innocent 64% of parents said the biggest barrier to getting children to eat healthily is fussy eating, and 14% of those surveyed said they simply don’t have the time or energy to enforce eating fruit and veg. I know how they feel. Try a ‘one bite’ rule instead, where the deal is they try at least one bite of the vegetables you serve up with each meal. Apparently exposing a child to a rejected food 8-10 times means it will eventually be accepted (I’ll get back to you on whether this one actually works though!) 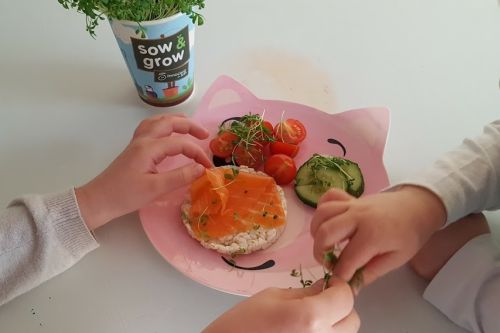 Is your school signed up to #sowandgrowUK? If so then upload your photos at https://innocentsowandgrow.com/ to be in with the chance to win monthly prizes from innocent and see your classroom crowned as Sow & Grow champions!

How do you get your little ones to eat their veg? If you’ve got any tips I’d love to hear what they are!

We’re working with innocent and Grow It Yourself (GIY) as Sow & Grow ambassadors for the duration of the #sowandgrowUK project. As always all opinions are my own.