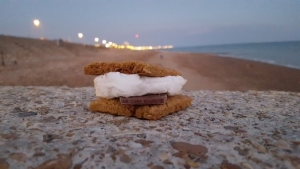 Saturday night is ‘treat night’ in our house. This involves BB being allowed to stay up late and watch X Factor, Stars in their Eyes or whatever the latest family entertainment show is and eat popcorn. It’s a great bribe during the week and we always look forward to it, but I’m ashamed to say we did this throughout the summer months even though it was light outside and even though we live just a stone’s throw from the beach.

Now the nights are drawing in firewood company Certainly Wood has launched an autumn campaign encouraging families to spend more time outside and less time in front of the TV. They’ve created gourmet s’more campfire kits and very kindly sent us one to try out.

If you have no idea what a s’more is you’re not alone: I’d never heard of one either. They’re an American campfire treat involving biscuit, marshmallow and chocolate sandwiched together and are so named because you always want ‘some more’. They’re not a new thing either; apparently they were mentioned in a 1927 copy of ‘Tramping and Trailing with the Girl Scouts’.

Traditionally s’mores are made with Graham Crackers, but since they’re not readily available in the UK Certainly Wood has teamed up with Italian celebrity chef Felice Tocchini to make a British equivalent, and everything we needed – wood, matches, firelighters – arrived in a neatly packaged box.

So instead of piling on the sofa and switching on the TV on Saturday night we wrapped ourselves up and headed to the beach instead. 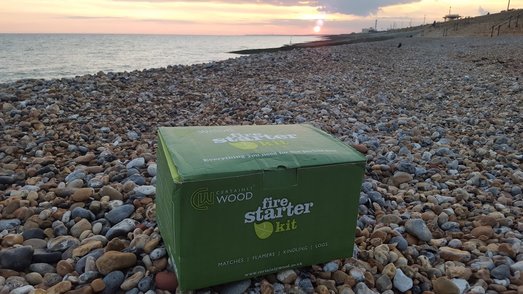 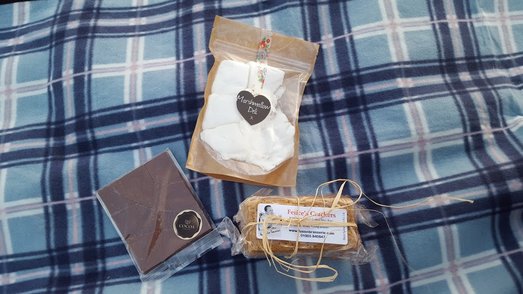 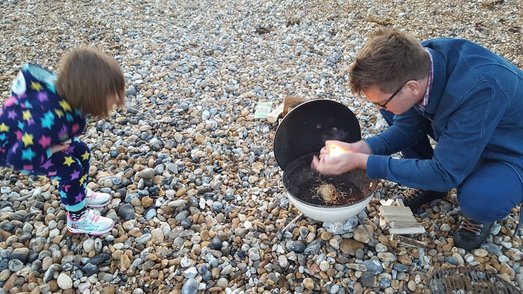 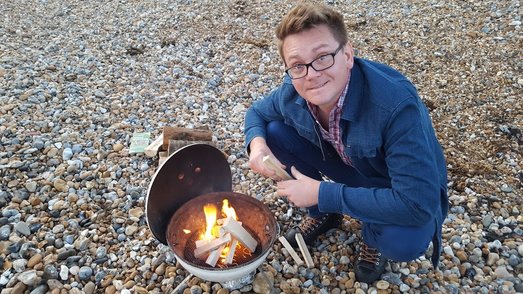 …while I worked out the best way to make the s’mores.

Apparently there are two methods:

1. You roast the marshmallow on a skewer then sandwich it between the chocolate and the biscuit. 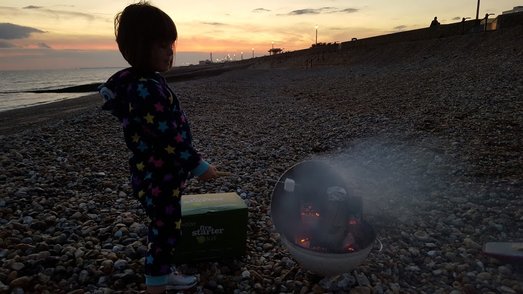 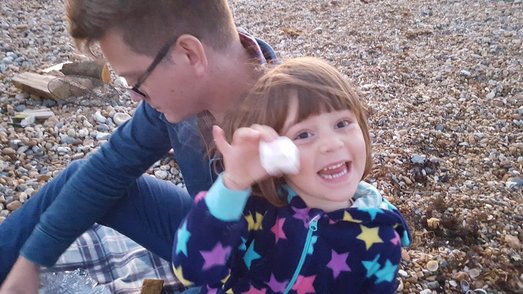 2. You put the s’more together, wrap it in foil and place it in the embers. 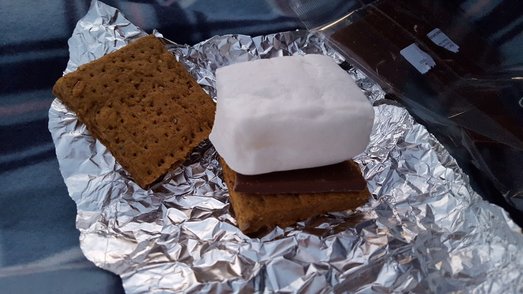 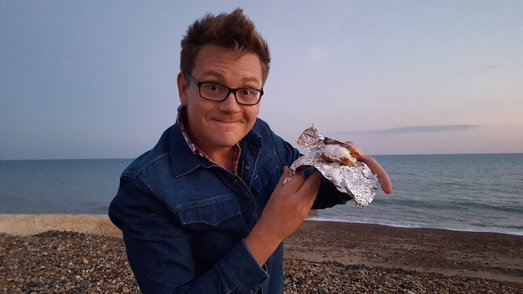 We tried both ways and there are pros and cons with each – if you roast the marshmallow on the skewer it gets a nice and golden skin on it but the chocolate doesn’t melt, however if you wrap the whole thing up and put it in the embers the chocolate melts, but the s’more tastes of wood smoke and you don’t get the golden skin.

I guess it depends on your taste.

We all had a whale of a time: Little B was mesmerised by the flames, BB loved learning about how to build a fire and roast marshmallows, Misery Guts enjoyed being the ‘man in charge of fire’ and I realised that despite living in a flat with no garden we should get outside in the evenings more often… 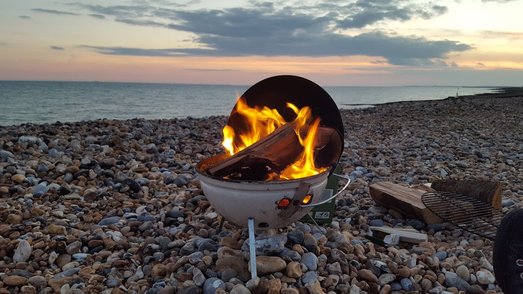 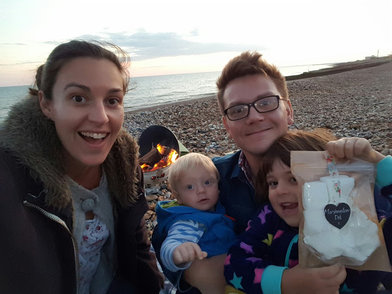 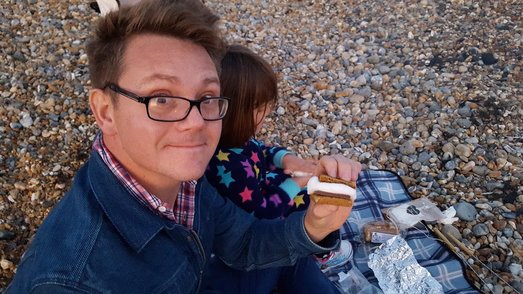 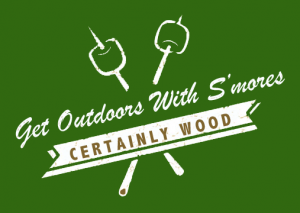